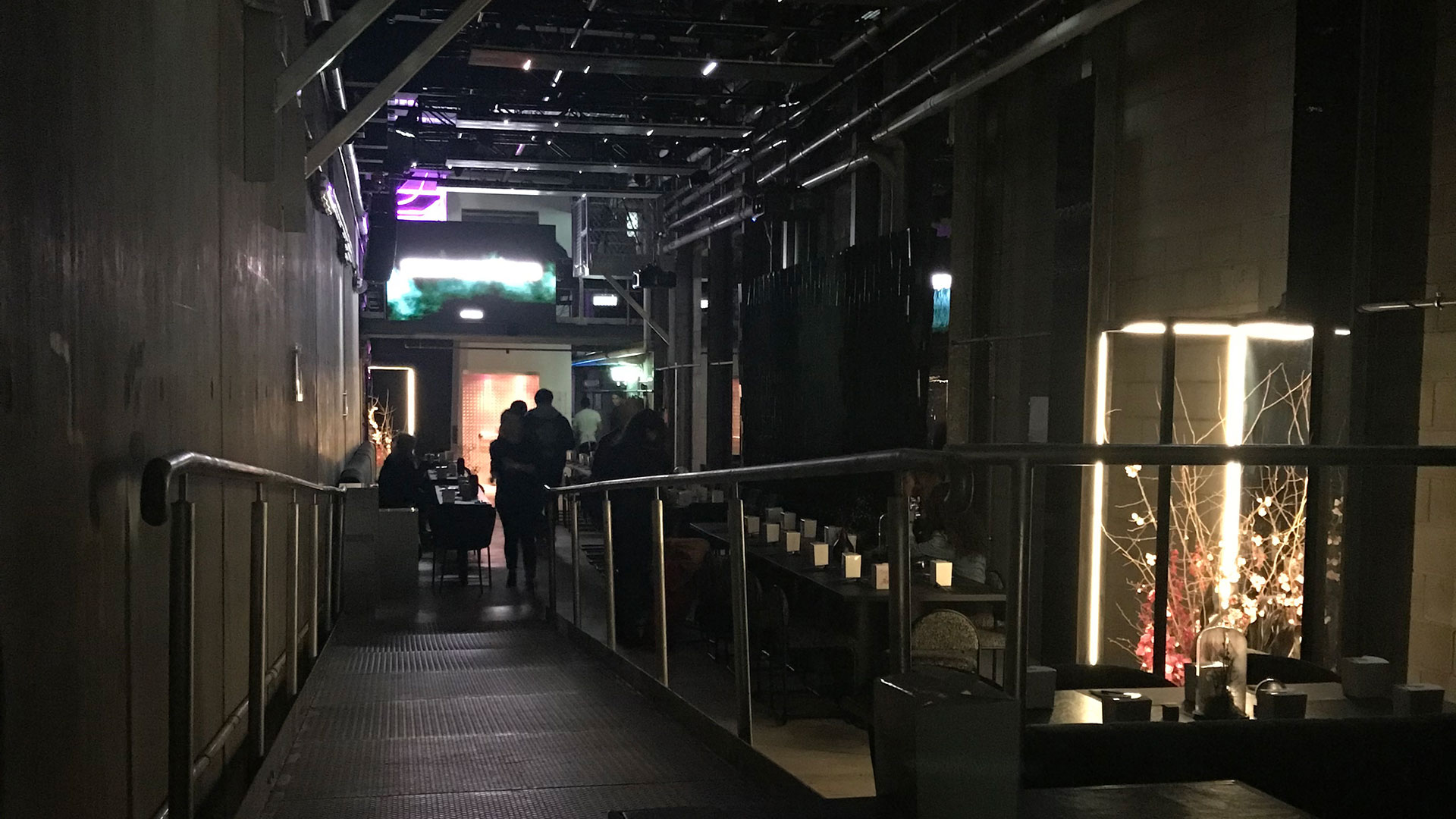 I run my agency's blog, which means a regular update of about one long article a week and several short "of interest" posts every day. The agency blog is really part of our SEO strategy: I try to write articles that would heavily focus on keywords that people might search up when they look for an agency, and put up short posts on whatever's interesting during that period in time. It's still a fun part of my Monday morning, if only because – I confess – I do like looking at (good) ads, and marketing trends, and popular media.

Running one regular blog gives me less energy to run my own, though. I wince a little whenever I look at my own website and see a months-long gap between posts, even just short posts about my own published work. I'm going to try and get into at least a monthly posting habit. So here's some stuff that happened to me in July 2019.

Sensory Underground was sold as a science-fiction/futuristic Blade Runner x Harry Potter theatrical dining experience, so of course I had to try it. It's an underground dinner, a pop-up restaurant located within Platform 13 in Flinders Street train station in Melbourne, supposedly located at the very end of the platform. Dragging a friend along for the ride, we tried to follow the ticket instructions, but had to use our train cards to get into the station when the gate guards professed puzzlement that there was even an event on. We were too early, but eventually we did find someone at the end of the platform who let us into a side door in a concrete wall – and into a bunker with light displays and screens. 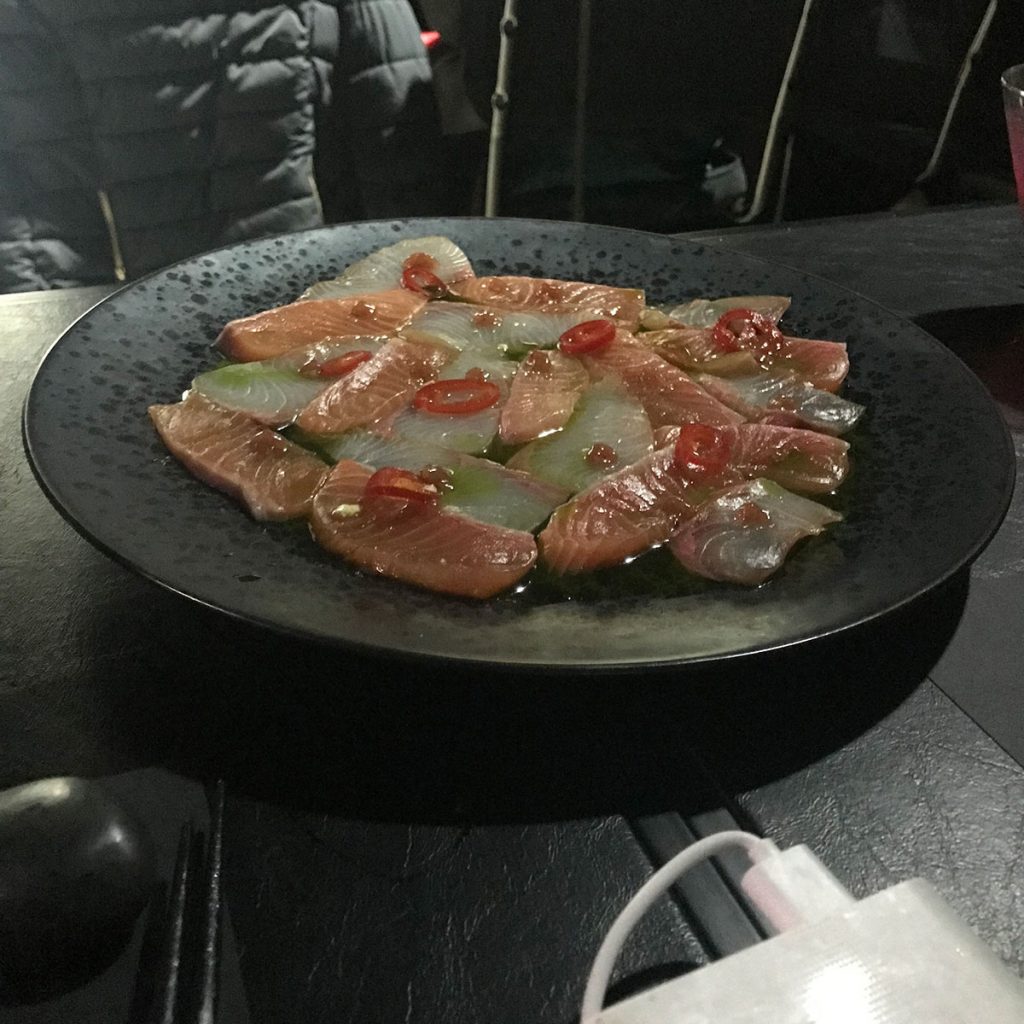 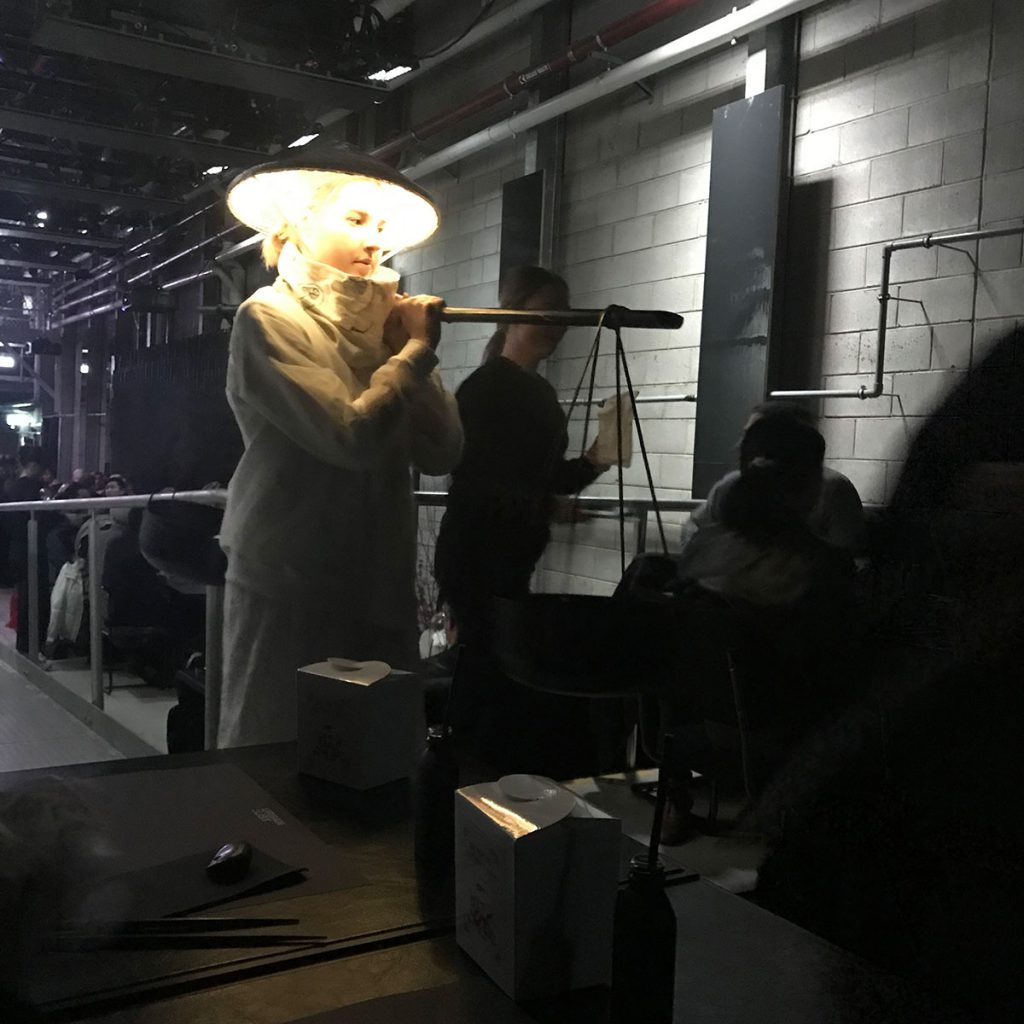 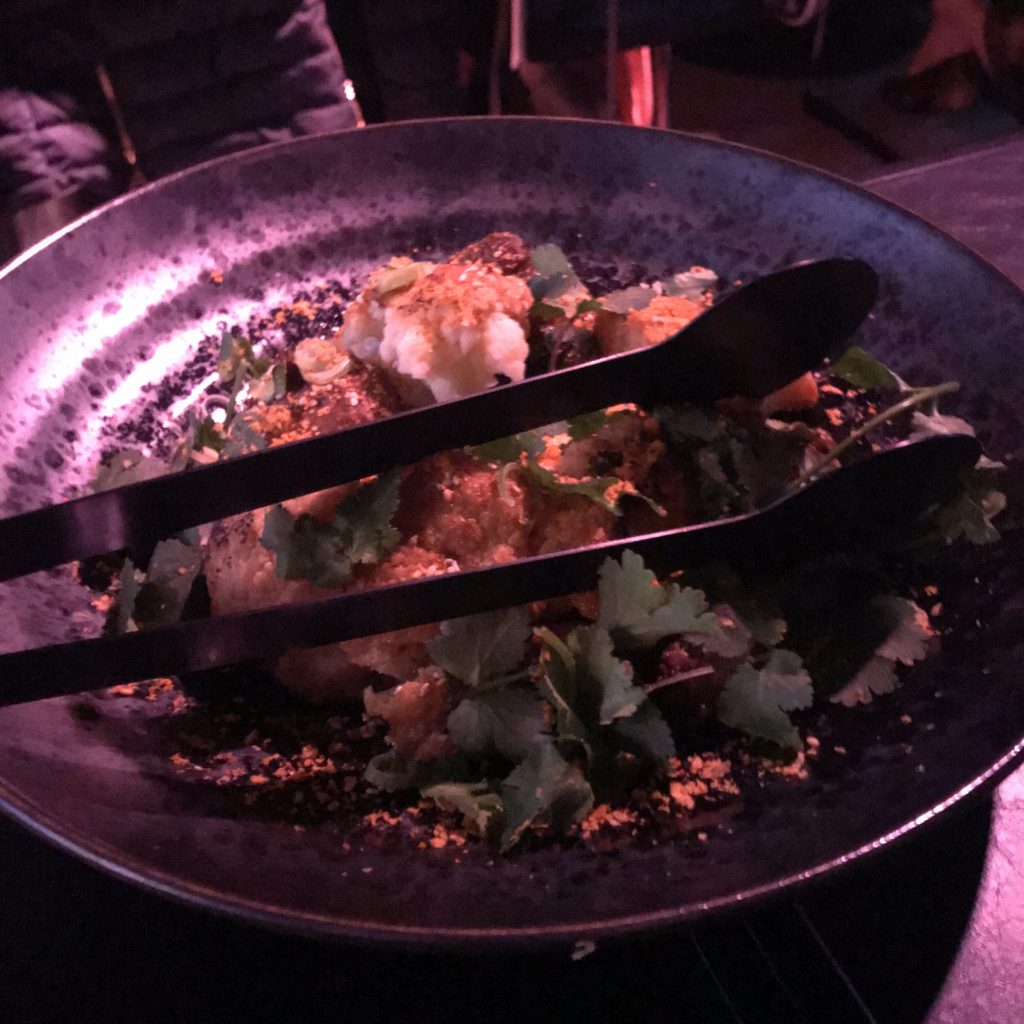 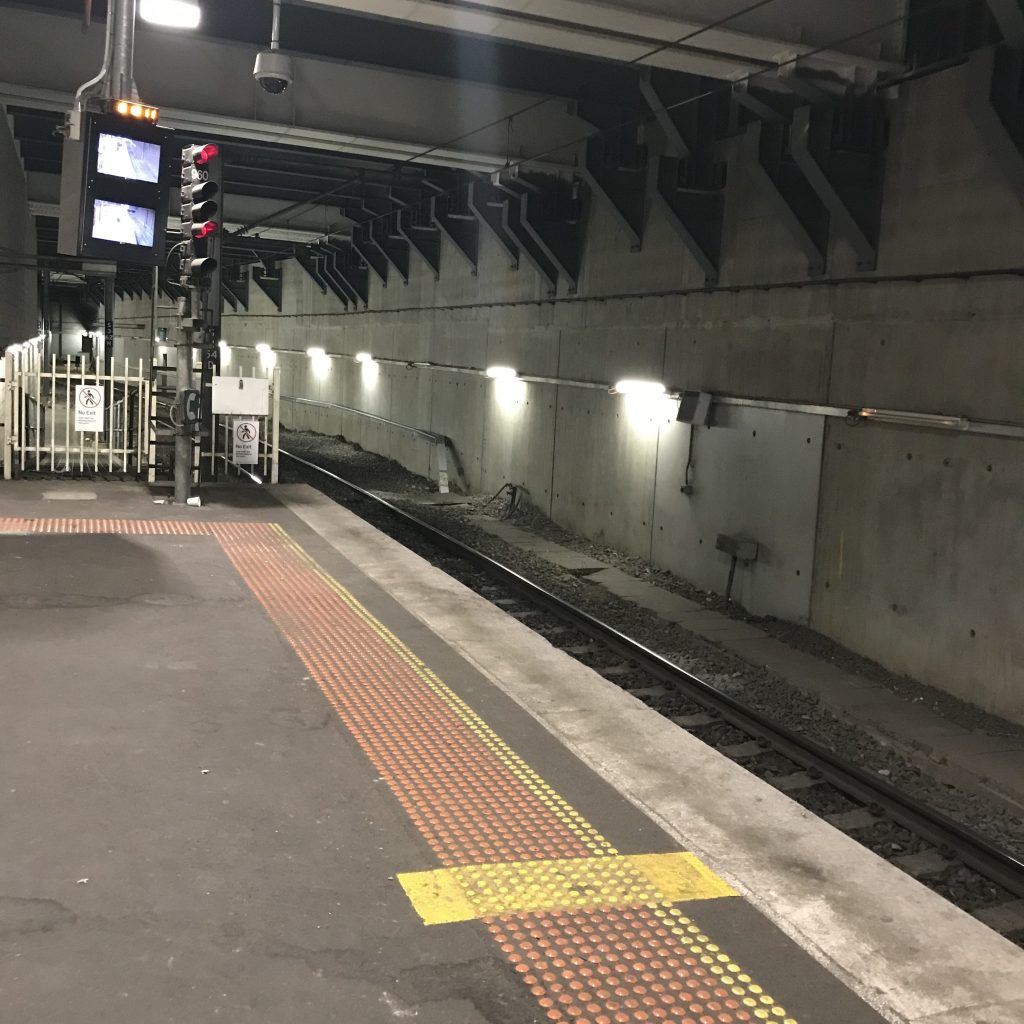 With the light show and the hilarious "AI host", it was an immersive experience designed to help people imagine what the future of dining would be like. In that respect, it was definitely an experience worth going to, particularly if you have any interest in SF&F or conceptual dining.

That being said, Sensory Underground fell prey to some of my problems with popular Western-styled cyberpunk in the first place, including Blade Runner itself. For an aesthetic that's so cribbed off modern Asian cities, there's a hilarious lack of Asians. I was amused by the very non-Asian woman in the conical lit-up hat, by the very non-Asian woman in the black kimono and pink umbrella who was meant to usher you to the experience. Could they not have at least found Asian staff? As to the restaurant behind the experience, Tokyo Tina – one of the co-founders, Paul Nguyen, is Asian, but the futuristic dining experience they provided contained philosophies that are already common to Asian dining. The "locally sourced crickets" in the snack course is a common street food in Asia. The "nose to tail" philosophy, using every part of an animal, is normal. Mochi? Well, that's nothing new. The 3D printed chocolate was interesting, but I've been a fan of Dinara Kasko for a while, and the chocolate didn't look wildly different compared to hers. It was a delicious dinner, but as with cyberpunk in general, I feel it could do better. Hoping next year's experience is more interesting.

Studying law left me with cynicism, a better understanding of civil rights, and an ability to read quickly, all of which I'm grateful for. Even if I didn't enjoy practising law; but that's another story. This year, I've been trying to diversify my reading by reading at least 2-3 minority writers for every white author. It isn't a hard thing to do, and in my opinion the books I've read have never been better. I recommend the experiment to everyone. Whenever I see rec lists or award lists nowadays which have maybe 1 (or no) minorities at all, it's just sad. Anyway, so far read in July:

This month I've been working on my sequel to THE FIREBIRD'S TALE. I'm halfway through, which was when the news that Less Than Three Press was closing broke. They're the publisher of THE FIREBIRD'S TALE, a small press that focused on LGBT+ fiction. It's been a great experience working with them, and I learned a lot. All rights have been returned, so right now I'm oscillating between putting the book up for free / pay what you want or just waiting to see if I can sell it as a reprint to another press with the sequel. THE FIREBIRD'S TALE has always been a bit of a strange book for me, more about tales-within-tales and how they affect an overarching setting. Since writing it I've developed as a person and a writer. The second book will be quite different – it'll be more diverse and have a main central female character perspective as well.

I do have a few other books written since 2016 that I'd like to try and sell or get an agent for, but I'm not in a hurry. Have sent out queries for ION CURTAIN, an SF Cold War-esque opera, and for SINGING WINTER, a modern wuxia-esque fantasy inspired by Journey to the West.

For short stories, my story GARUDA will be appearing next month or so with the Gallery of Curiosities, and I'll be submitting to Flametree's call for entries for Dying Planet / Detective Stories, and for Uncanny's call for entries. Good luck to everyone who's submitting! And to everyone else: don't self-reject. Just give it a shot, you'd never know.