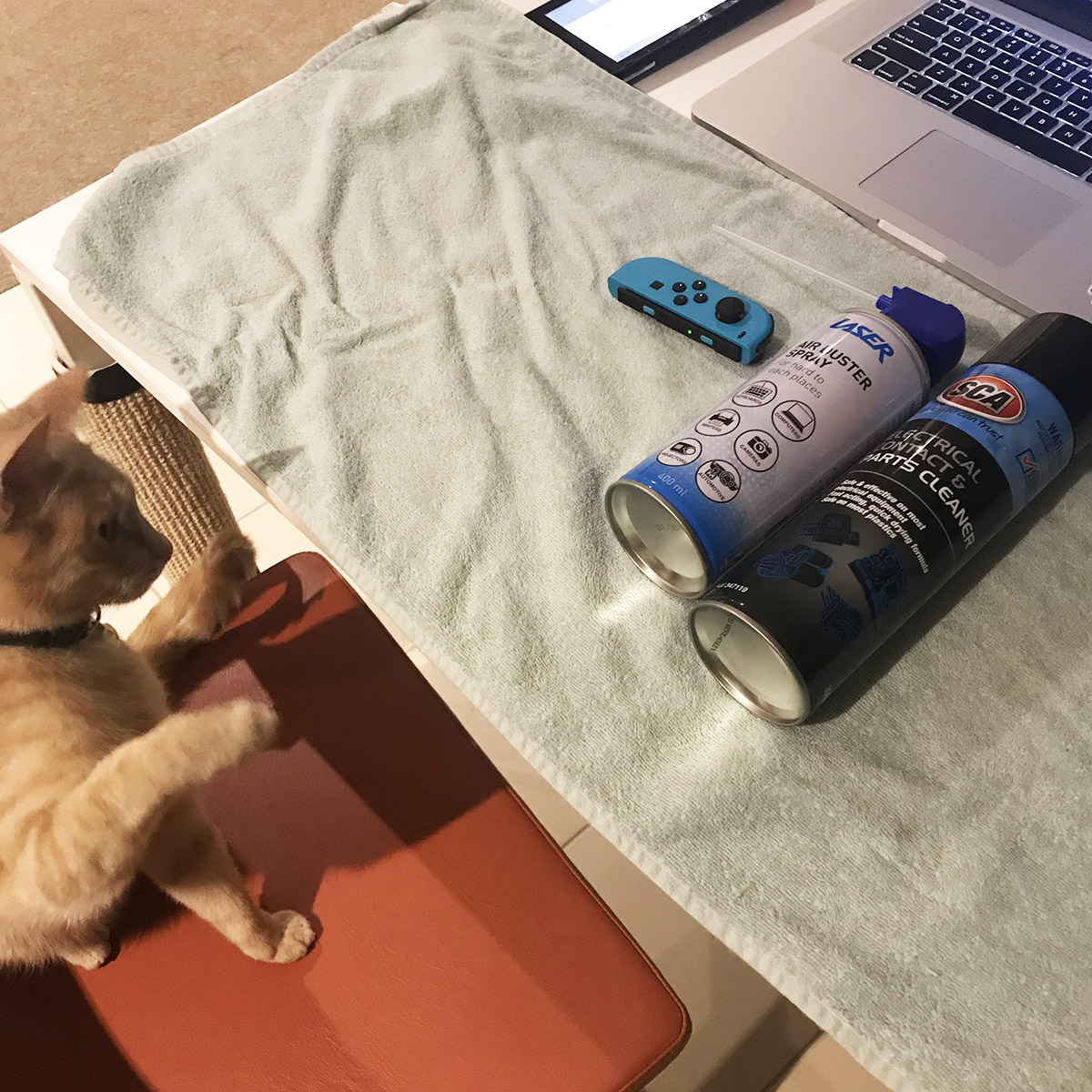 September always seems to be a busy month for Melbourne, with the Affordable Art Fair, Madfest, and the Writer's Festival, among others. Not to mention our weird holiday for Australian rules football (the AFL). Yes, we have a holiday in Victoria for a football grand final. No, I don't watch sportsball, though my cats and I do appreciate me having the day off.

I play the occasional video game to decompress in between work and writing, but recently I've been playing more games on the Nintendo Switch. The light reflecting off the screen into a tiny dot on the ceiling keeps Pascal hypnotised in the evenings – while I'm busy trying to save the Holy Kingdom of Faerghus from annexation, Pascal is happily occupied instead of trying to knock my paintings off the wall for attention. A win-win situation, by my books. Recent button mashing in Astral Chain inflicted my Joy-Con with Joy-Con drift, an issue I did not realise was a thing until It became one for me. It is incredibly irritating. Basically, the machine thinks the left stick is moving even if you aren't touching the machine. It caused my character to yeet himself off the cliff in Astral Chain a couple of times, but it wasn't until I died a couple of times in Moonlighter, a game where dying has the serious consequence of you dropping most of your inventory and starting back at the entrance of a dungeon, that I seriously tried to do something about it.

I'm not the only one who has this problem. There's a class action against Nintendo about the drift matter running in the USA, which includes even the Nintendo Switch Lite, a machine that isn't even that old. Not being particularly inclined to wait out the lawsuit or post my Joy-Con to Nintendo for a fix, I turned to Reddit, that den of online iniquity and ingenious DIY fixes for games. A Nintendo Phillippines thread recced trying compressed air and electronic contacts cleaner. The $12 compressed air can from Officeworks sadly didn't work for long – the drift would go away for maybe a couple of hours then return stronger than ever, which told me that quite possibly the problem with my console involved dust instead of cat fur. I live with two cats, and cat fur has already shorted out one PC in my apartment. That being said, no cloud of cat floof floated out from under the rubber cap of the stick when blown, so I bought a $10 can of contacts cleaner from Supercheap Auto. Spraying it under the cap and into the stick with the stick compressed and jiggled while juggling a curious cat did the trick for me.

Needless to say, I'm still going to watch the progress of the class action with interest. Seriously, did Nintendo not undergo QC with this thing when they shipped it? Had a friend tell me that a friend of his has gone through 2-3 Joy-Cons thanks to the drift issue, and from the forums it looks like one of the main culprits is Mario Kart, a key game for this platform. Fix your shit, Nintendo. 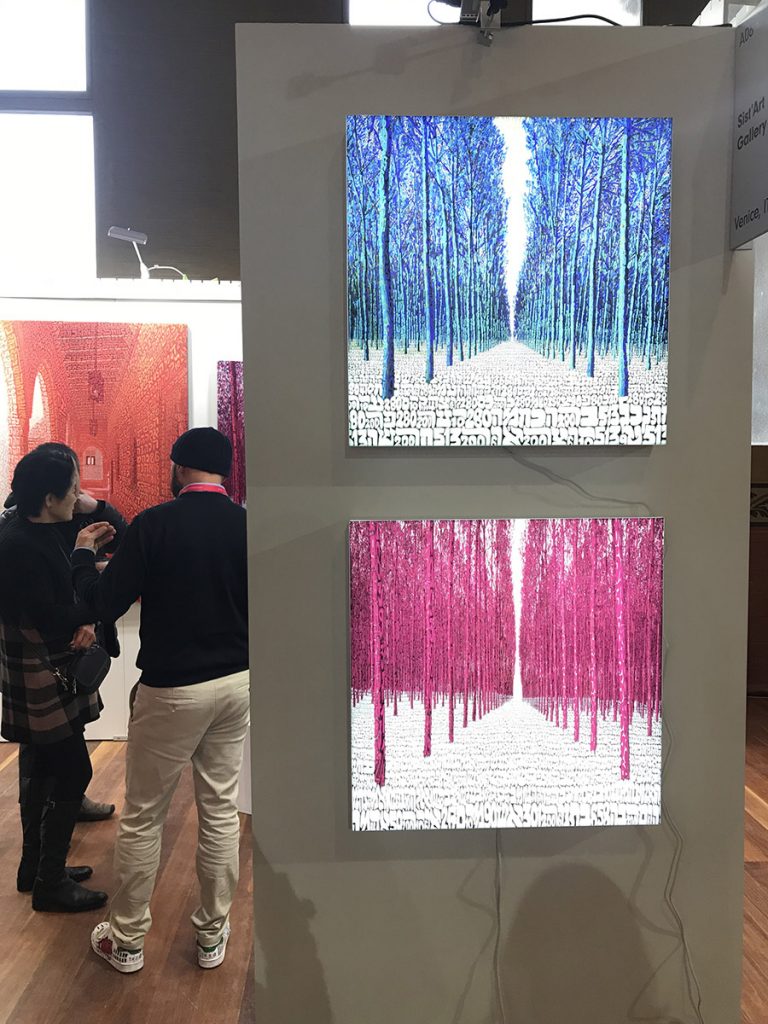 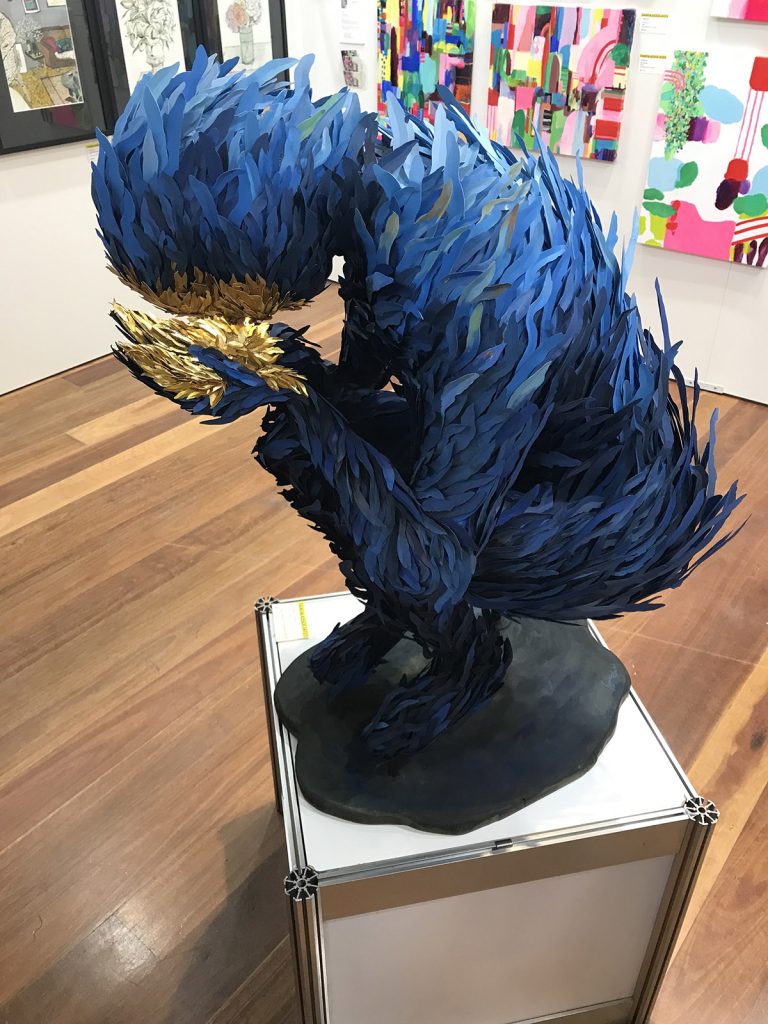 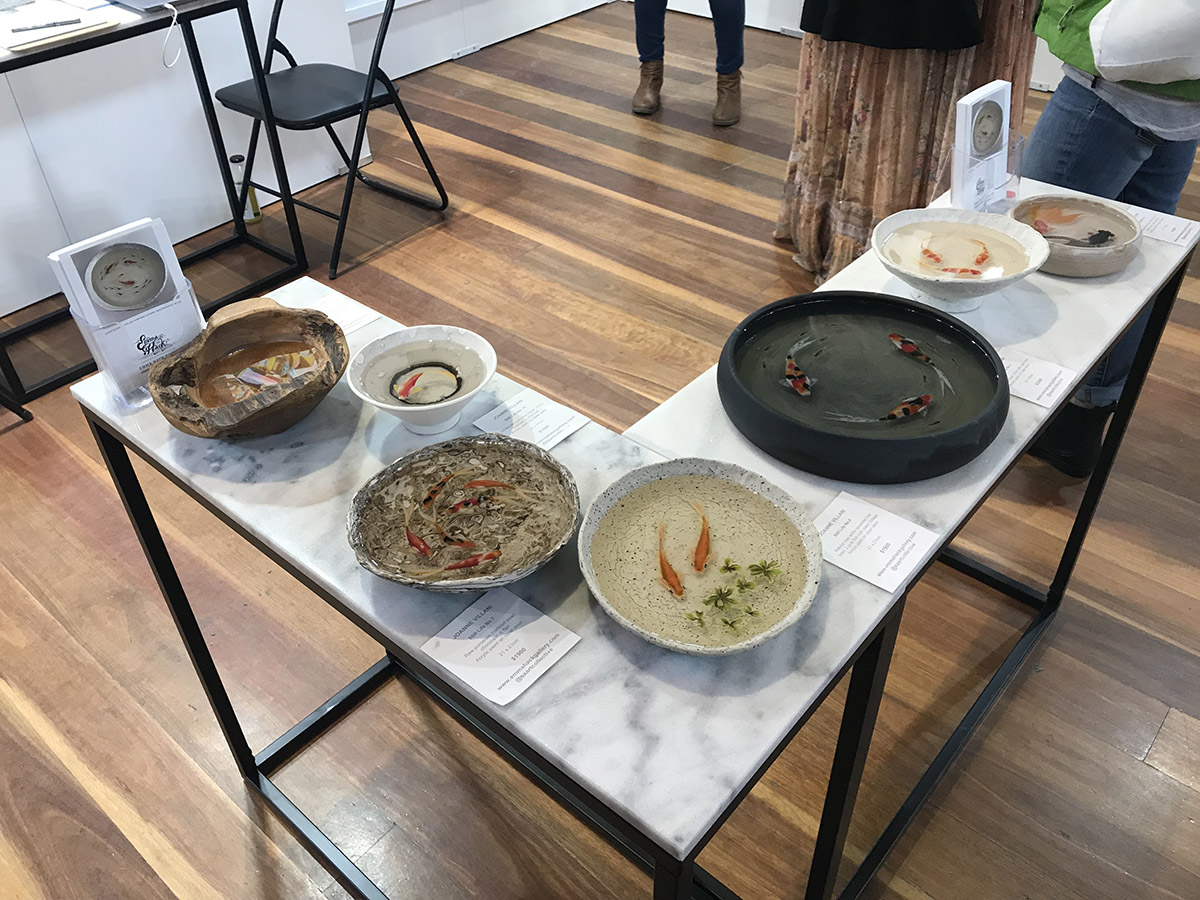 The Affordable Art Fair is an international event held in Melbourne, with galleries from all around the world. I'd seen some of the pieces before earlier this year when I attended miArt in Milan, but I think I preferred the collection in Melbourne's AAF. That absolutely stunning paper (!) art sculpture, for one. And I loved the 3D acrylic fish, even though I'd seen the concept before online. I was tempted to get one of the bowls, even though I already have Actual Fish at home. Pieces ranged from around $300 to a few thousand. I was hoping to see more Aboriginal Art from Indigenous Aussie artists, but there were maybe only a couple of stalls. Pity. 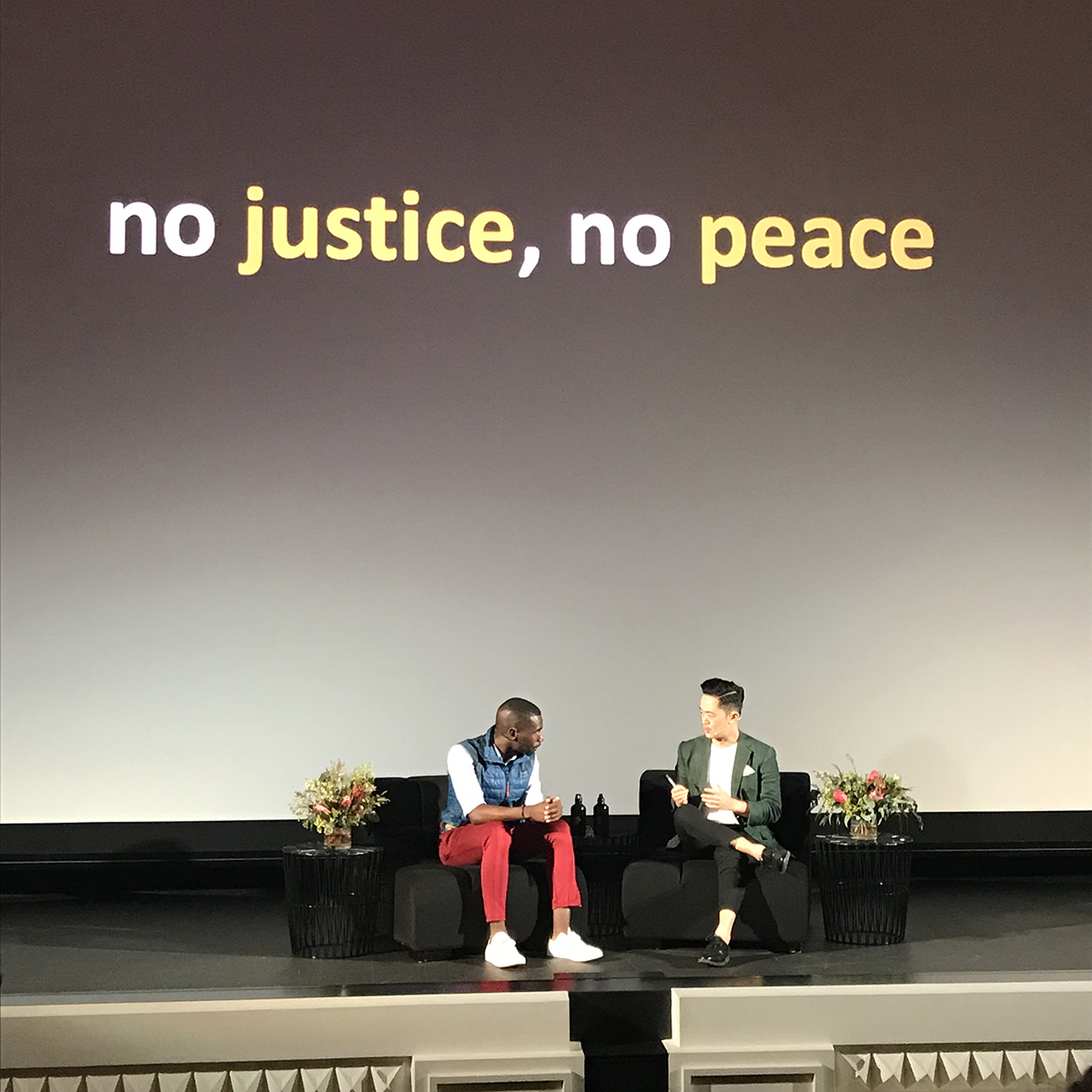 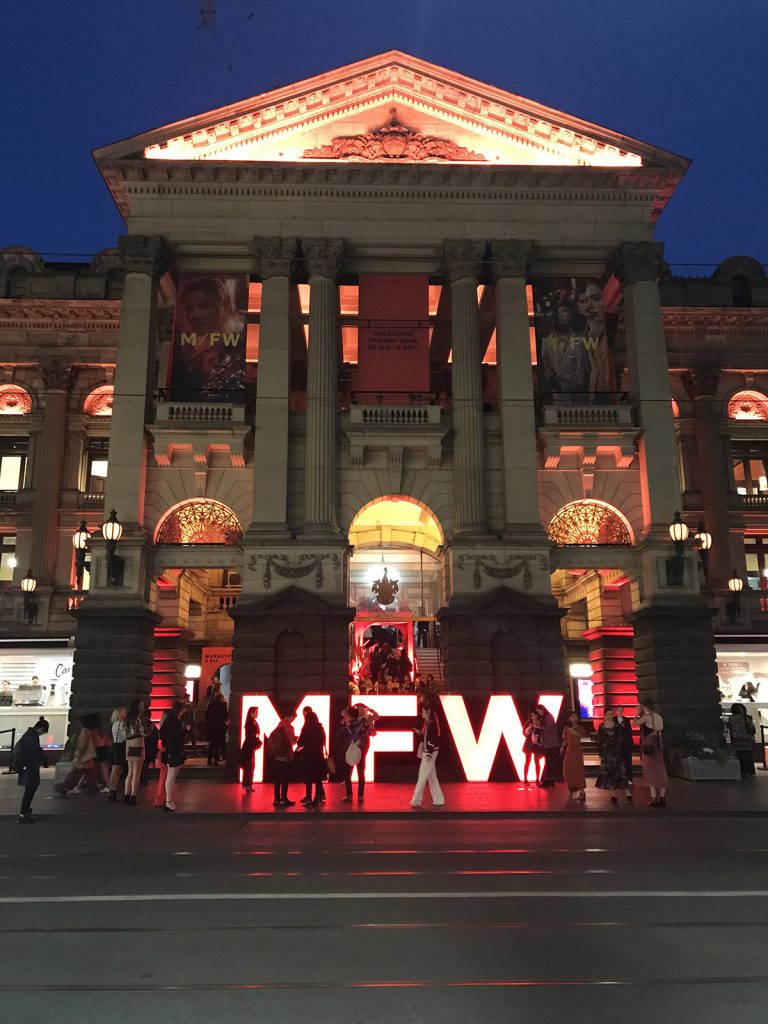 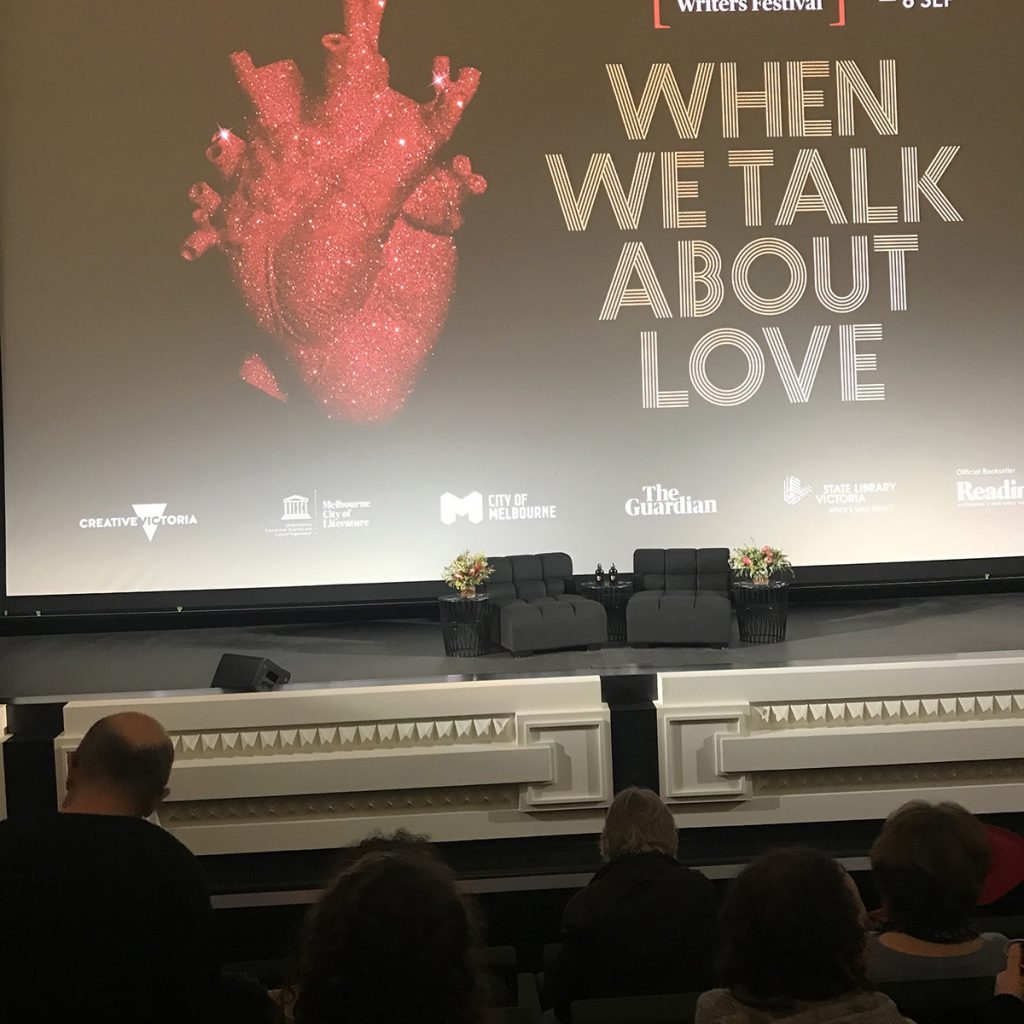 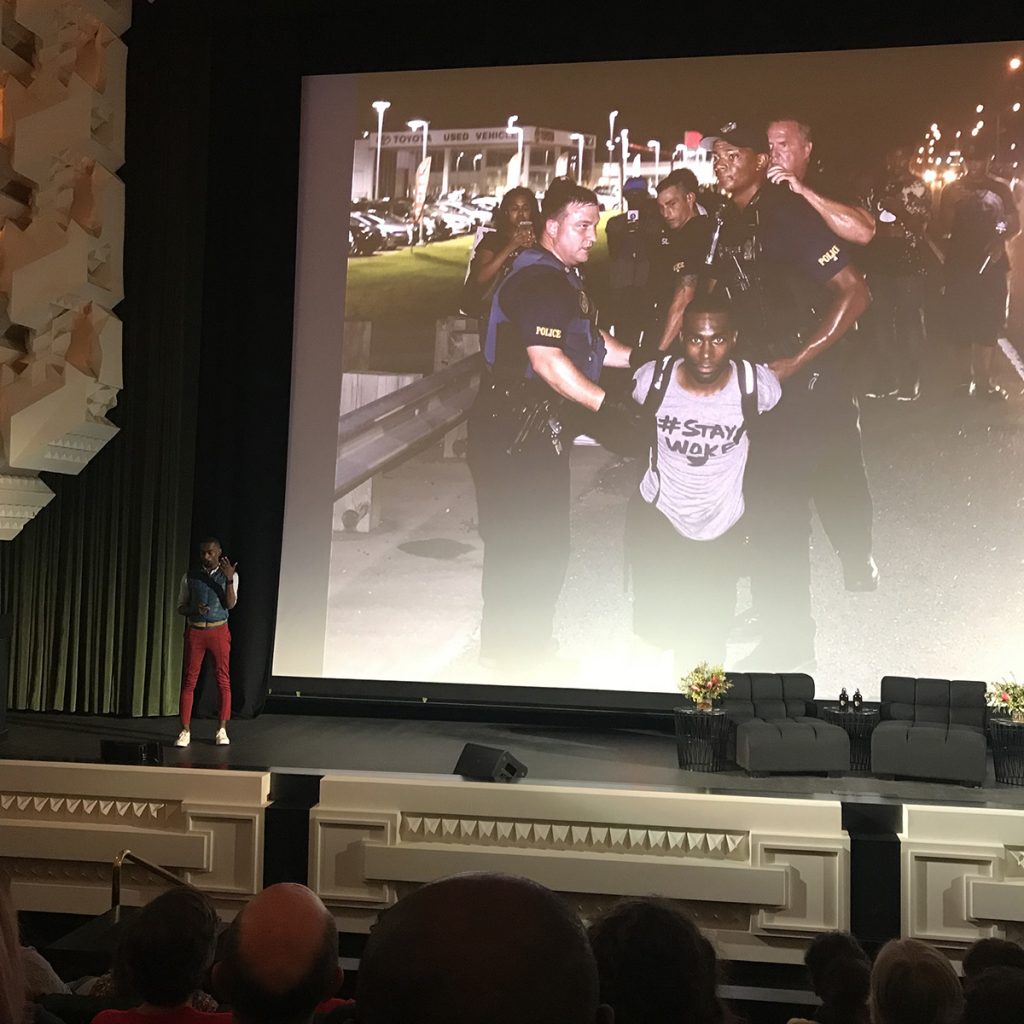 I was hoping to see more SF&F at this year's Melbourne Writer's Festival, but sadly there weren't any, unlike last year where Ted Chiang was one of the feature speakers. This year, DeRay McKesson of Black Lives Matter dropped by to talk about justice, racial equality, and his book in the newly refurbished Capitol Theatre. I love his podcast, Pod Save the People, which I sometimes put on at work because the issues discussed are always fascinating and because DeRay, who used to be a schoolteacher, has a very soothing voice. Loved the audience quizzes on American incarceration and prison statistics. I thought I was fairly well updated on the issues but I have to do more reading.

If you haven't read his book, ON THE OTHER SIDE OF FREEDOM, I recommend it. It's beautifully written. 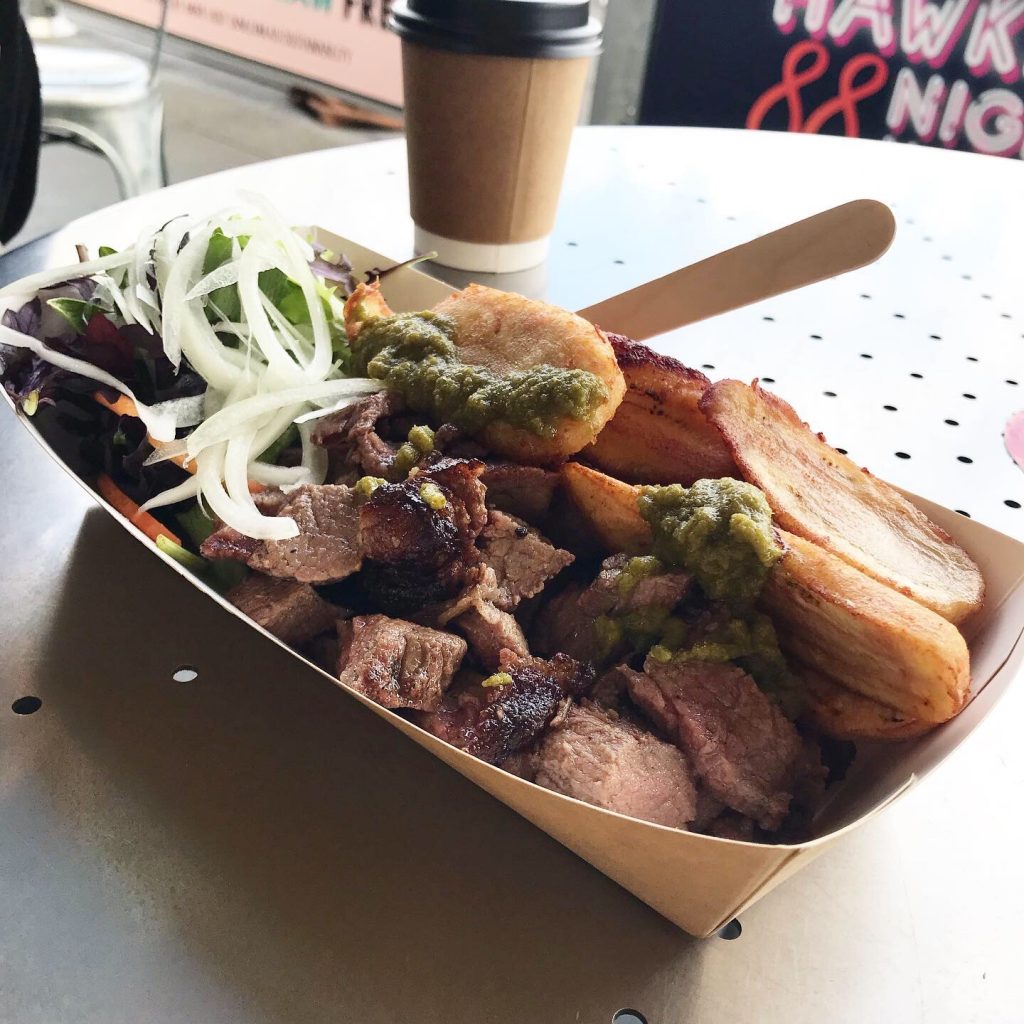 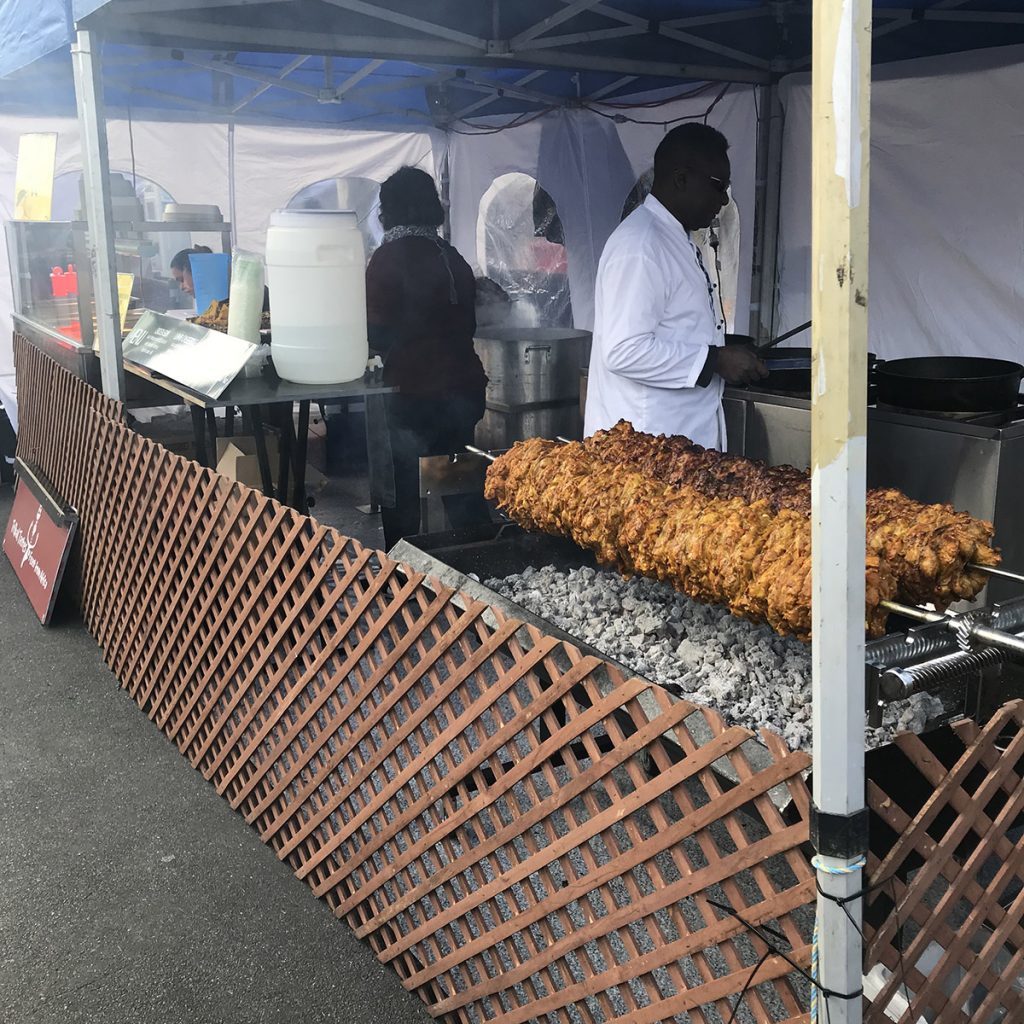 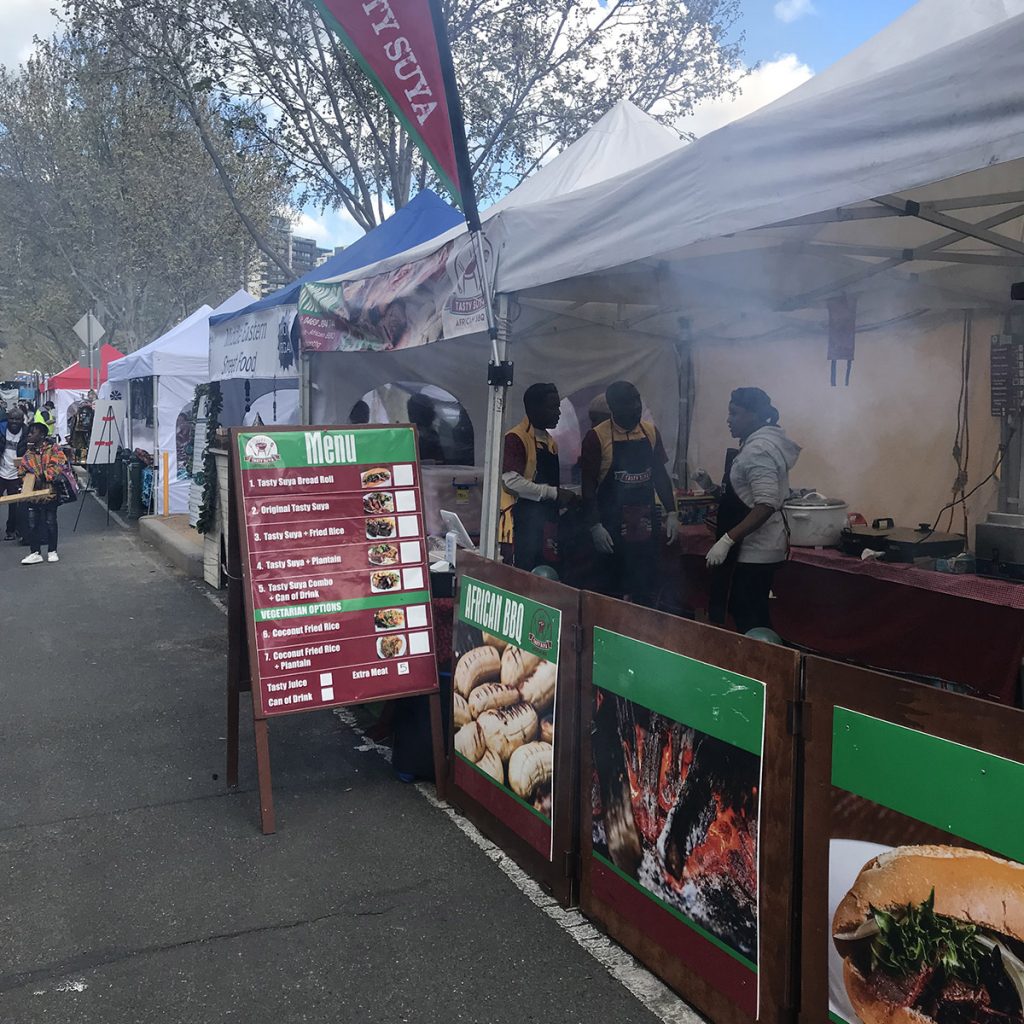 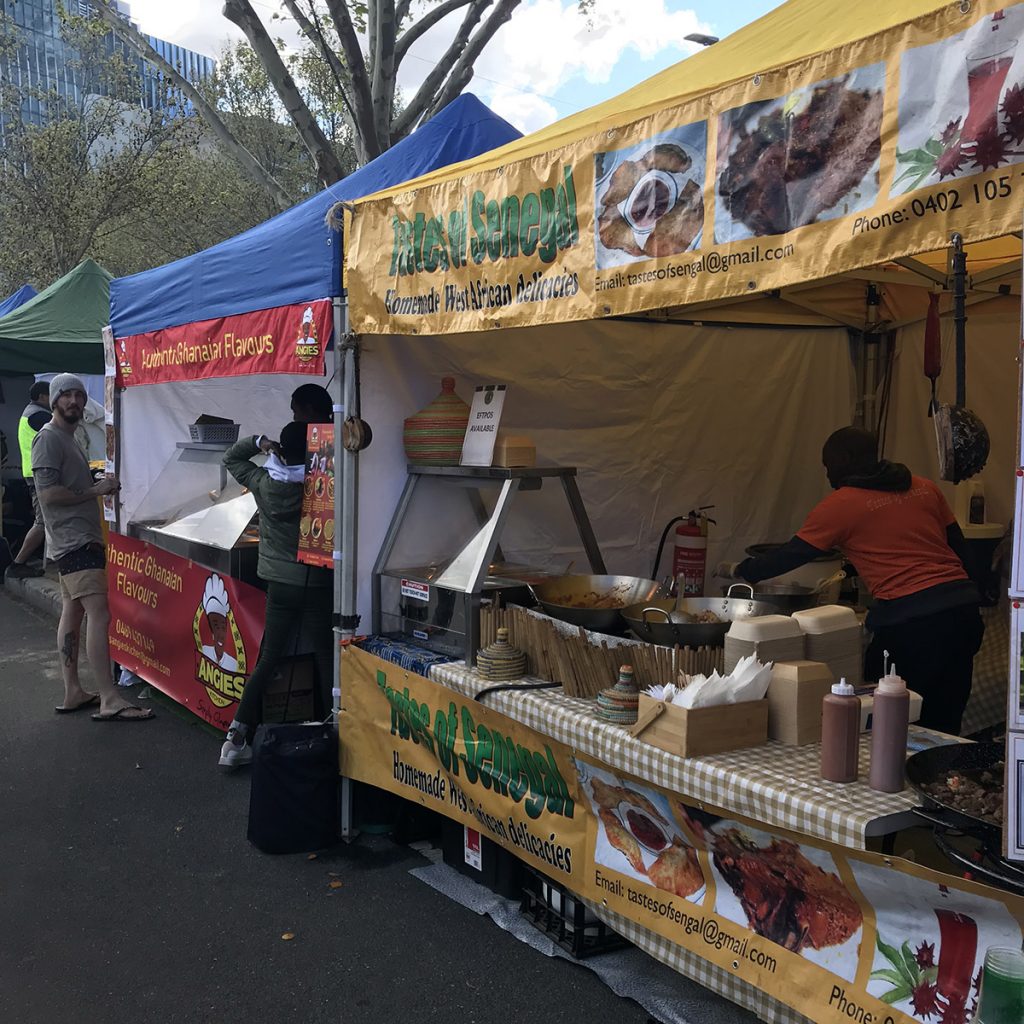 I've been interested in trying African food thanks to the Africanfuturism and fantasy that I've been reading lately. Nnedi Okorafor's team-up with Tasty to cook and discuss what the food in Black Panther would look like made me very hungry, and very curious:

While there's a sprinkling of African restaurants in Melbourne, they aren't as common or as near me as I'd like – though I do have a list to get around to trying. That's where food festivals come in. Went to Queen Victoria Market's African Food Festival hoping to eat (1) fried plantains and (2) jollof rice, came away definitely satisfied with nyama choma and more. Sadly, they didn't have any braai stalls, and I was hoping to see more desserts. Maybe next year.

Caught Ne Zha this month and loved it. It's China's smash-hit animation of the year, based on an ancient Chinese legendary character. It's easily as good as a Pixar film, with a hilarious script and great characters. I also appreciate the fact that wuxia/xianxia women are often just casually badass, NBD. It might still be showing at a theatre near you. Watch it if you can.

Another thing I've been watching now and then on Netflix is the 2017 AlphaGo film. Go is believed to be the oldest continously-played boardgame in the world, an immensely difficult, tactical game of strategy which I studied briefly in secondary school. I was obsessed with the contest between Google's DeepMind AlphaGo AI and the world Go champion Lee Se-dol when they fought it out in a heavily televised match in Seoul years ago, and the film is a great background look at how AlphaGo was made and how the match went down. If you love AI or Go, I recommend it.

I was this year old when I realised that Kareem Abdul-Jabbar of NBA fame wrote published Mycroft Holmes fanfiction. I've been a huge fan of Sherlock Holmes since first reading it in my teens, though it was only many years later that I figured out why an intelligent, largely aromantic and asexual character appealed to me so much. The character spoke to some part of me that I didn't yet have the words for. I collected every Sherlock Holmes pastiche I could find for years, even the bad ones. I even have the hilarious one set in Raffles Hotel in Singapore. As I grew older, I bought fewer pastiches, but the occasional good ones that I get around to reading often remind me all over again why I like the character.

Another standout read of September was Saad Z. Hossain's books. The dry, sometimes absurdist humour in them is reminiscent of Terry Pratchett, and the books are highly inventive and entertaining. I blew through the books in days. Couldn't put them down.

Sold a short story this month to Ombak, a Southeast Asian SF&F magazine. Haven't gotten as much writing as I would have liked done, though, thanks to finishing Fire Emblem: Three Houses, Moonlighter, Astral Chain, and CatQuest. Gods damn, that's a lot of games. Playing through Borderlands 3 now too, as well as Octopath Traveler. I have to remind myself every now and then that it's not a race, but I do want to try and finish the FIREBIRD'S TALE sequel before November. I have an idea for Nanowrimo that I'd like to think over.

I have a couple of stories coming out in October. Hope you like them.