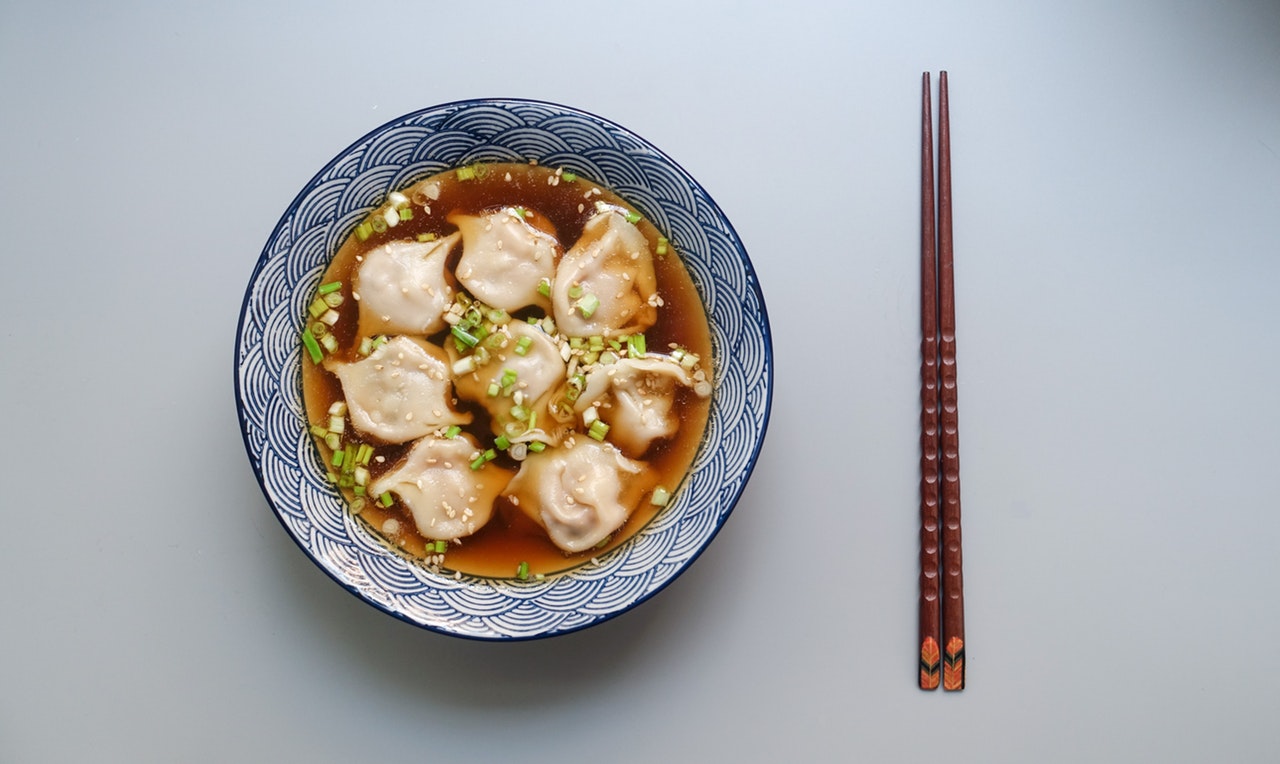 The previous post might have been a little grim. Leading up to the home stretch for CRADLE AND GRAVE's kickstarter (which you can still support here), I've been considering a list of nonfiction articles to write that might be relevant to my novella, but I think everyone's looking for a bit of breathing space right now, so here's a comfortable post about my favourite thing in the world: food. And not just food: comfort food.

Have all of you read Chicken Soup for the Soul? I remember picking that up when I was a teen in a bookstore in Singapore, opening the book to the first page, and being really disappointed that it wasn't about chicken soup. In the memory of my judgy and disappointed former self, I'm going to start this comfort food reading post by talking about chicken soup.

This Is Not The Chicken Soup You're Looking For

Speaking of chicken soup, if you'd asked me, growing up, to describe chicken soup to you, I'd have described something around the lines of the image above, except without the tasteful parsley. Black chicken soup (Chinese Herbal Silkie Chicken Soup) was my comfort food growing up with a Nyonya Singaporean mom who married into a Hainanese Singaporean family. My grandmother or my mom would make it in one of those tiny slow cooker pots which I can't seem to find here if I got sick or even if I was stressed before exams, a more-ish, fragrant, herby, deliciously savoury comfort dish for one. It's one of those home remedies meant to ward off colds. Not sure if it ever worked on me, but I was happy to drink loads of it. The older I got, the more I leant into Singapore's national pasttime. Everyone's a foodie, because the spectrum of food you can get in Singapore is so broad, from great bak chor mee at your local hawker centre to French fine dining in Odette, as good as anything you can get in Paris. This is my attitude to food:

Food is a core part of many of my stories, and will always be part of the worldbuilding, even if it isn't a key element, as in CRADLE AND GRAVE. Other stories where it is a key element include the short stories Garuda, Eight-step Kōan, and Everything Under Heaven – and more. It's one of my favourite topics. Looking to get your teeth into some delicious comfort reading? Here are some of my faves:

Peter Mayle, A YEAR IN PROVENCE: This book will make you hungry. It made me want to visit France – though, as of this time, I haven't yet been to Provence. It'd make you want to cook. For me, it's the book equivalent of a hearty, no-nonsense, traditional bistro meal, written by an Englishman who just moved to Provence. One of my favourite parts:

It was a meal that we shall never forget; more accurately, it was several meals that we shall never forget, because it went beyond the gastronomic frontiers of anything we had ever experienced, both in quantity and length. It started with homemade pizza - not one, but three: anchovy, mushroom, and cheese, and it was obligatory to have a slice of each. Plates were then wiped with pieces torn from the two-foot loaves in the middle of the table, and the next course came out. There were pates of rabbit, boar, and thrush. There was a chunky, pork-based terrine laced with marc. There were saucissons spotted with peppercorns. There were tiny sweet onions marinated in a fresh tomato sauce. Plates were wiped once more and duck was brought in... We had entire breasts, entire legs, covered in a dark, savory gravy and surrounded by wild mushrooms.

We sat back, thankful that we had been able to finish, and watched with something close to panic as plates were wiped yet again and a huge, steaming casserole was placed on the table. This was the specialty of Madame our hostess - a rabbit civet of the richest, deepest brown - and our feeble requests for small portions were smilingly ignored. We ate it. We ate the green salad with knuckles of bread fried in garlic and olive oil, we ate the plump round crottins of goat's cheese, we ate the almond and cream gateau that the daughter of the house had prepared. That night, we ate for England.

Danny Chau, The Burning Desire for Hot Chicken, via the Ringer: This article made me seek out a Nashville-style hot chicken place in Melbourne to try it. It's probably nowhere near the same, but I did it anyway (though not at the spice level that Danny prefers). It's a magical article from a man who loves his subject matter and is willing to suffer for it.

Jonathan Gold, Various Articles: You can't really bring up food writing without mentioning Mr. Gold. If you haven't read his writing before, you're up for a treat. A favourite of mine that isn't in that list: his hilarious takedown of the McRib Sandwich.

Know other books or articles like this? Let me know.

Cassandra Khaw, FOOD OF THE GODS: This book was amazing, if only because there's a random section in the middle where there's a character who has the same name as a friend of mine, Chee Seng. I laughed and laughed when I was reading that part. Also, the book is a visceral, darkly delicious read.

Terry Pratchett, Discworld books: While the food often doesn't seem that appetising (battle dwarven bread weapons?), it's always a hilarious part of Pratchett's worldbuilding. His books are comfort reading for me, some of the very few books in the world that I go back to whenever I feel like I need to be in a better place. If you're new to Pratchett, I recommend starting with GUARDS, GUARDS! or THE TRUTH.

David D. Hammons, DON'T EAT THE GLOWING BANANAS: A light read about a post-apocalyptic foodie's attempts to review all the remaining brunch and diner places in a radioactive wasteland. I was instantly sold by the premise, ngl.

Probably my favourite food film of all time, Jiro Dreams of Sushi is a lovingly shot documentary following Jiro Ono, considered by many to be the best sushi chef in the world.

The Jeong Kwan episode of Chef's Table Season 3 was an eye-opener. It may or may not have inspired a couple of my short stories. As April Magazine notes: "“I am not a chef. I am a nun,” Jeong Kwan reminds us. True, some chefs cook for fame and fortune, some for beloved ones. What is the meaning of cooking for this woman who has shed them all?" Great watch.

I love this series. Bias disclaimer: I loved especially the episode about Singapore, because, reasons. Another beautifully shot, delicious documentary that's going to make you hungry.

Taco Chronicles is an entire Netflix TV documentary series about tacos. It's incredible.

I could go on forever about the food I like to eat and cook, but now that we're all living in the time of self-isolation, I'm just going to rec one thing that's easy to get (if you live near an Asian grocery) and which hopefully hasn't succumbed to panic buying: tang yuan. 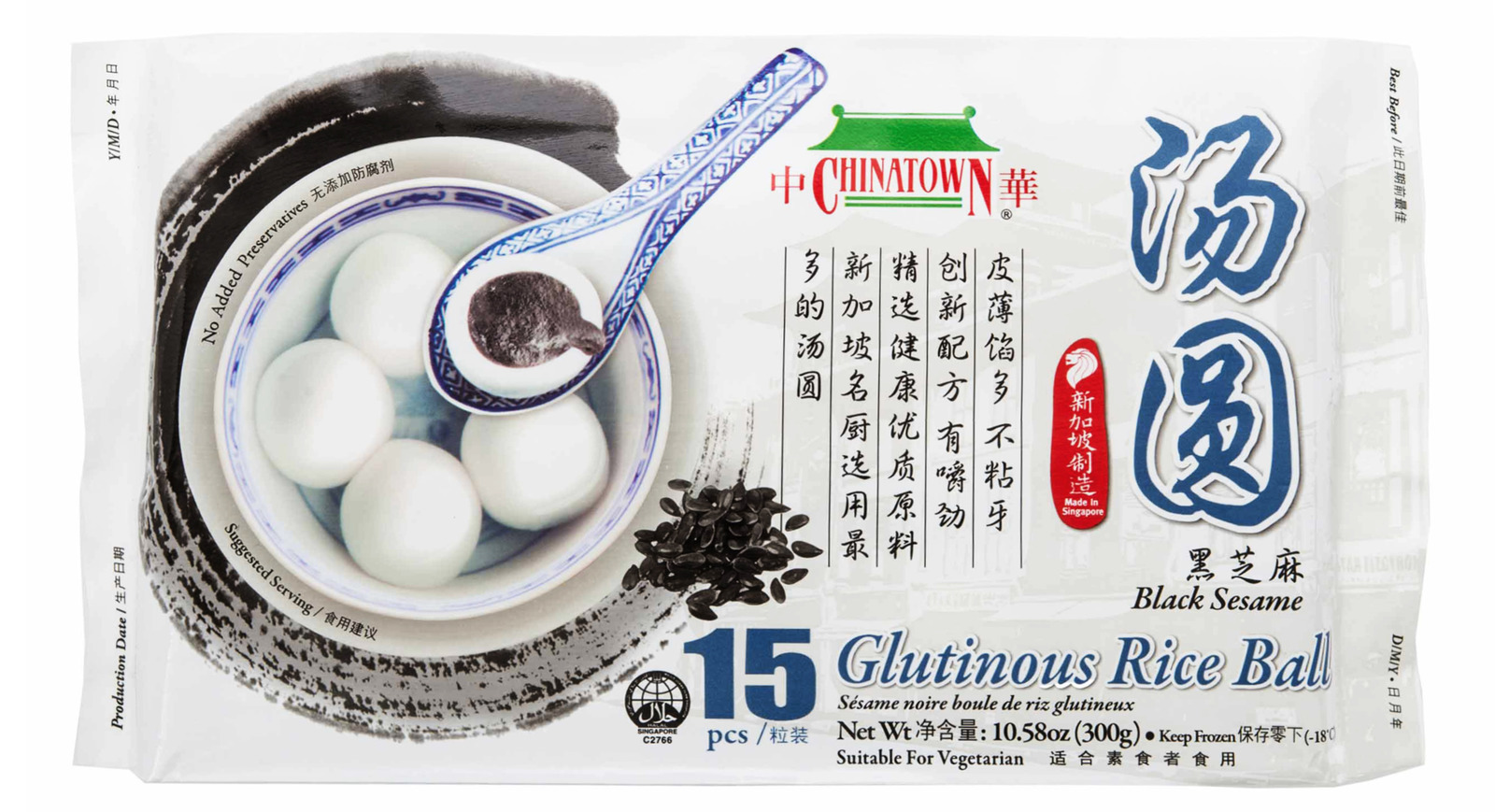 Doesn't have to be that brand (I've tried so many over time, and I don't personally have a preference). Just look for "Glutinous Rice Ball" or something similar. They'd usually be either in Black Sesame or Peanut flavour. My favourite is Peanut, but favourites are often a source of contention even within families (my mom, for example, having never been shy of shading anyone to the max, even her own daughter, told me Peanut flavour was "Unrefined"). Boil it according to the pack instructions. It's meant to be eaten hot, in hot sweet soup.

Ideally, it's in a sweet ginger soup of simmered bruised ginger, palm sugar, normal sugar, and a bit of pandan leaf, but personally, since I usually just eat tang yuan at home as comfort food, I just use the hot water I boiled it in and add some sugar or honey to it. Try it. If you don't like it, post the packet to me.

Now that I'm working from home, I've got a few recipes queued up to try, such as this cornbread recipe. Or maybe ricecooker cake. And Korean Steamed Eggs. Right now, though, I've been trying to get the perfect egg consistency on Nao's mayo cheese toast recipe. It's sinful.

Happy eating. Stay safe out there.