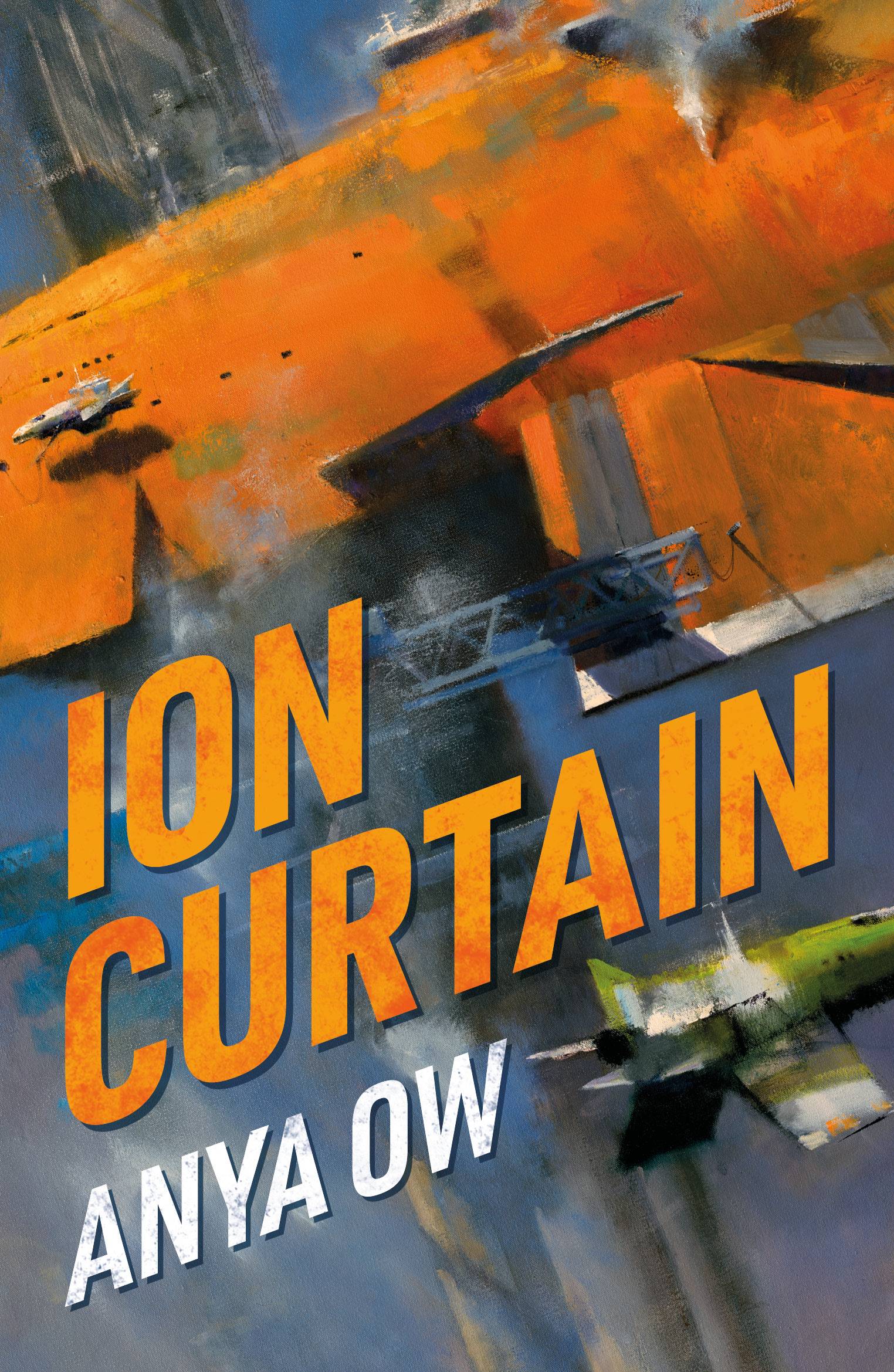 A bold new space opera from Aurealis Awards shortlisted author of The Firebird’s Tale and Cradle and Grave.

“Citizens of the Federation. Greetings from the Core.”

For decades the UN and the Russian military have navigated a tense interstellar Cold War. Lieutenant Kalina Sokolova is aide to Counter-Admiral Kasparov, the major strategist for the Russian Navy. She is also an elite spy working for the UN. She is tasked with watching the Counter-Admiral, and assassination is not out of the question. Solitaire Yeung is a corsair, a scavenger, a pirate. In the heart of a destroyed Russian battleship, his salvage crew makes an explosive discovery: the brain of the ship's top secret artificial intelligence. And against their better judgment, they take it and run.

The UN wants it, and the Russians want it back, but they're not the only ones hunting it. An even more powerful foe grows in the darkness of space. Now all of humanity has to fight to survive...

My space opera ION CURTAIN is out! Set in a future where people have invented a way to explore the stars, it's an enemies-to-lovers queer story about space espionage, rogue ASIs, and heists. It's available from the publisher, Amazon, Barnes and Noble, BAM!, Bookshop, Indiebound and more. So excited to see it out in the wild.

A big thank you to my agent, Jennie Goloboy of Donald Maass Literary Agency, who made this all possible. Further thanks to my editor Jim Killen, who made this book so much better. And to John Harris, for this gorgeous cover.

"Anya Ow's Ion Curtain is a fast moving, deeply satisfying space opera complete with loveable rogues and messy politics. I was hooked from the very first page and can't wait to see what happens next." -- K.B. Wagers, author of Hold Fast Through the Fire

"This addictive space opera from Ow (Cradle and Grave) posits a far-future, intergalactic cold war between Russia and the UN. Cocky scavenger Solitaire Yeung goes against his crew’s wishes to investigate a distress signal from a Russian military spaceship and steal (“salvage”) an unidentifiable piece of tech. Unknown to Solitaire, the stolen pod is a prototype for a new artificial intelligence, and the Russian Federation orders Cdr. Viktor Kulagin, captain of a destroyer fitted with an AI he deeply distrusts, to hunt Yeung down. This plot paves the way for a rarely seen thematic quandary centering on early AI use in spaceships. The cultural microcosms aboard space stations like New Tesla and cleverly interwoven history make for deeply plausible worldbuilding as Yeung finds himself at the center of a political conflict that could fracture the hostile peace between galactic superpowers. And when a new faction enters the fray, Solitaire and Viktor are forced to ally against a power that threatens all of humanity. Unexpected humor and thrilling action punctuate this space opera adventure while empathetic characters and a tenderly explored theme add a lot of heart. Fans of artificial intelligence and daring spy stories will find much to love." -- Publishers Weekly

August 2022 | War and Peace: A Conversation with Anya Ow [ Clarkesworld ]

What inspired the book?

Ion Curtain was inspired by books like the Expanse, the Imperial Radch trilogy, and Legend of the Galactic Heroes, as well as by stylised Cold War espionage films like the Man from UNCLE. You can read more about the inspirations [ here ].

Will there be more?

I'm a pure pantser/organic writer. I have no process. Sometimes I wish I did though.