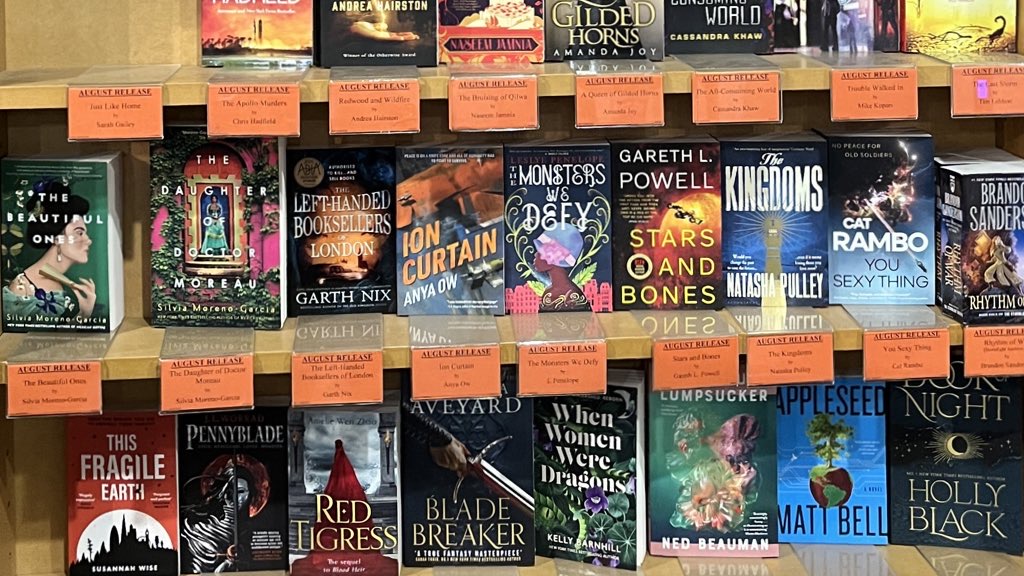 I originally tried getting published for two (likely) shallow reasons: to make a little extra money to offset my elderly cat Russ' increasing medical expenses, and in the hopes of someday being able to personally see one of my books on a bookstore shelf. Several years later, while what I do make from publishing short stories and novels is still a very small offset to what I have to spend on Russ' vet bills and pet care, it was a nice surprise to see ION CURTAIN on the Recent Release shelves at Minotaur in Melbourne. I love this pop culture bookstore. It's where I met Terry Pratchett for the first time (at one of his book signings), and where I first saw and picked up Monstress, one of my favourite graphic novels of all time. So, thanks everyone who made this possible. I'll keep trying my best. It's been a fun ride so far.

As to offsetting Russ' costs... my gods, Purina, I may have no choice but to accept the steep sudden increases to the costs of your Fortiflora and other vet diet/supplements now that you've cut out the middle man in Australia, but the increasingly unstable supply chain is so stressful to handle. Sadly Russ is one of those cats who would rather die than eat something unfamiliar so it's been rough trying to switch him over to something else that he'd be willing to regularly eat for his IBD (He is a NO on raw, ziwipeak, Hills i/d z/d d/d Gastrobiome etc, Royal Canin, Sensitive etc). Currently the Purina HA Hydrolyzed is out of stock in Australia and I'm trying to get it shipped in from a source in Portugal, of all places, but it's always 50/50 whether it'd be able to come through.

I have two short stories out recently! I've been asked before what inspires me to write a story and for short stories that is often food. While Melbourne has a decent selection, it's nothing on Singapore, where I grew up, and especially over the past few years now that I haven't been traveling home the cravings have been worse.

An Eight Treasure Hunt is a satay Peranakan wuxia story at Translunar Travelers Lounge, written after reading one too many danmei novels and after wishing there were more satay places in Melbourne that are SEA style: with spicy peanut sauce AND rice cakes, and the chunks of meat marinated properly. While Melbourne has a lot of satay options often there's no rice cake involved and I feel that's part of the fun of eating satay...

Jujutsu Kaisen | Great urban fantasy shounen anime based off the manga of the same name. While I'm usually not hugely into "high school" settings for manga/anime, Jujutsu Kaisen goes against common trends. So far, there's no saccharine teen romances, and save for the first monster fight at the start of the series, there's no sexualising the underage teen women characters (Was expecting far worse, given shounen manga), and some of the best characters are the women, who have their own stories separate from the men. Also, kudos for the series having an adult character who tells the 15 year old MC that it's OK to be a child, and if things get too much for him it's OK to tap out, vs some weird iteration of the Great Power, Great Responsibility way of forgiving intentional child endangerment. Worth a watch. Jujutsu Kaisen 0, the prequel, was the highest grossing film in the Japanese box office in 2021.

Spy x Family | An unlikely found family story where Twilight, a master spy, needs to set up a fake family and find a random 6 year old child to enroll into an elite school so that he can meet his target, who has a child in the same school. While Spy x Family requires a great deal of suspension of disbelief, it's a funny, lighthearted comedy with great characters, and it's easy to see why the anime/manga is so popular.

Hansan: Rising Dragon | Prequel to The Admiral: Roaring Currents, which was the most-watched film in Korean cinema history, Hansan is a film about one of Admiral Yi's earlier battles against the invading Japanese forces. While he's not as outnumbered in Hansan as he was in The Admiral, this allows the film to depict large scale naval formations and tactics with beautiful cinematography. Worth a watch if you have even the remotest interest in medieval/Joseon-era naval tactics.

Golden Kamuy | Satoru Noda | After watching the anime, I binged all the books in a couple of days. Made me feel woozy at the end but it was worth it. What a fantastic, funny, tragic, glorious read, set in 1900s Japan after the Russo-Japanese war. Was unable to predict many of the plot twists to the very end. Love all the sudden bears and rampant wildlife. Gorgeously written characters, even the antagonists. No creepy 'romances' or rapey arcs that you sometimes see in seinen manga. Most people make logical decisions the whole way, with a plot that isn't driven by people repeatedly dropping the ball. Loved this manga, one of my favourites for sure, and wishing the mangaka all the best on his next projects. 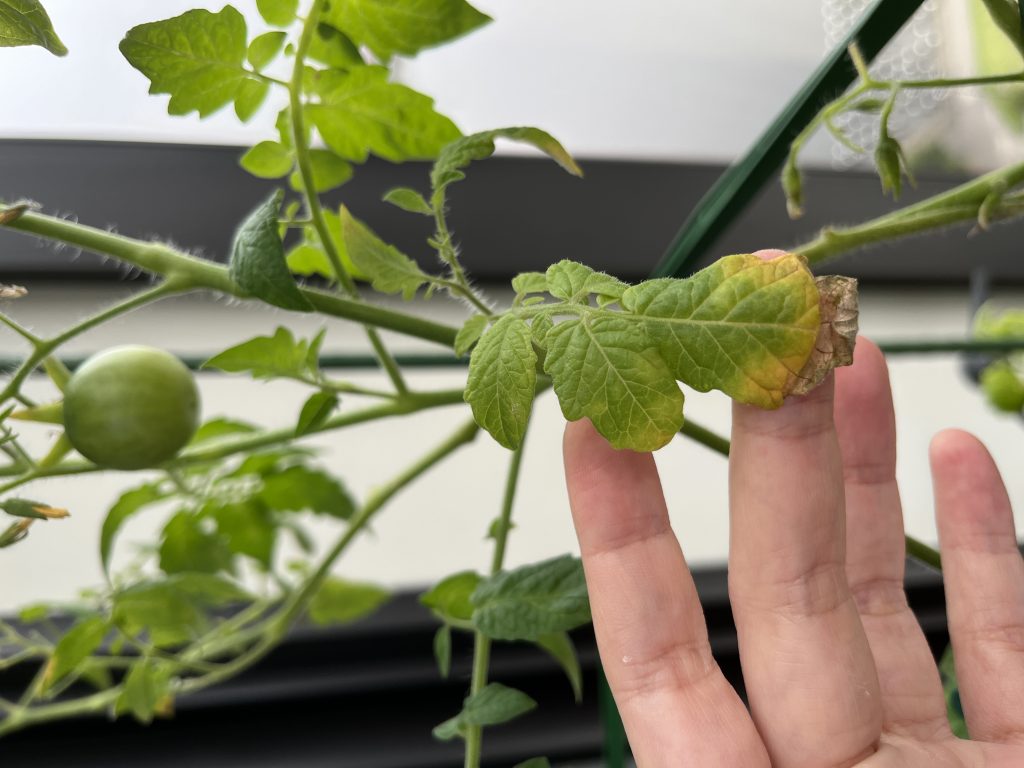 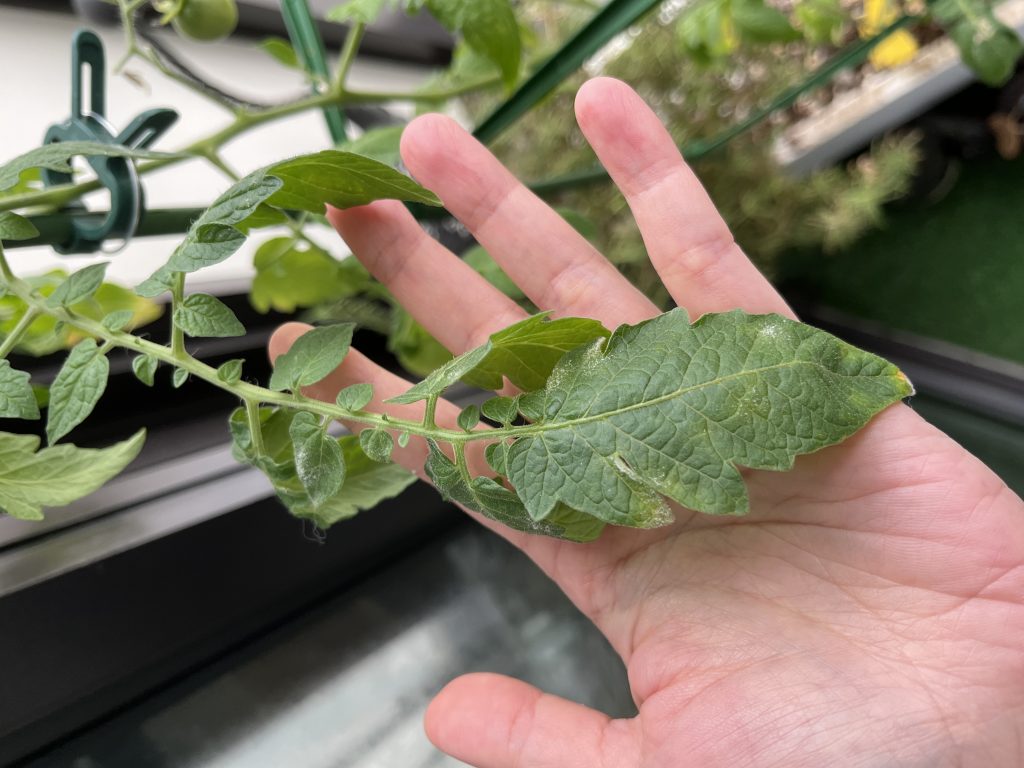 Tried growing cherry tomatoes on a whim in a self-watering planter box (the seeds were free from my local supermarket during the lockdown) and while the plant now bears fruit pretty often, the leaves continue to have weird afflictions. They're either browning from the tip or have powdery mould/mildew. It's really annoying. I've tried more fertiliser, less fertiliser, spraying with neem oil, fungicides etc and it still pops up now and then. At least the tomatoes are tasty, but this is by far the most finicky plant in my indoor balcony garden. Any suggestions are welcome.