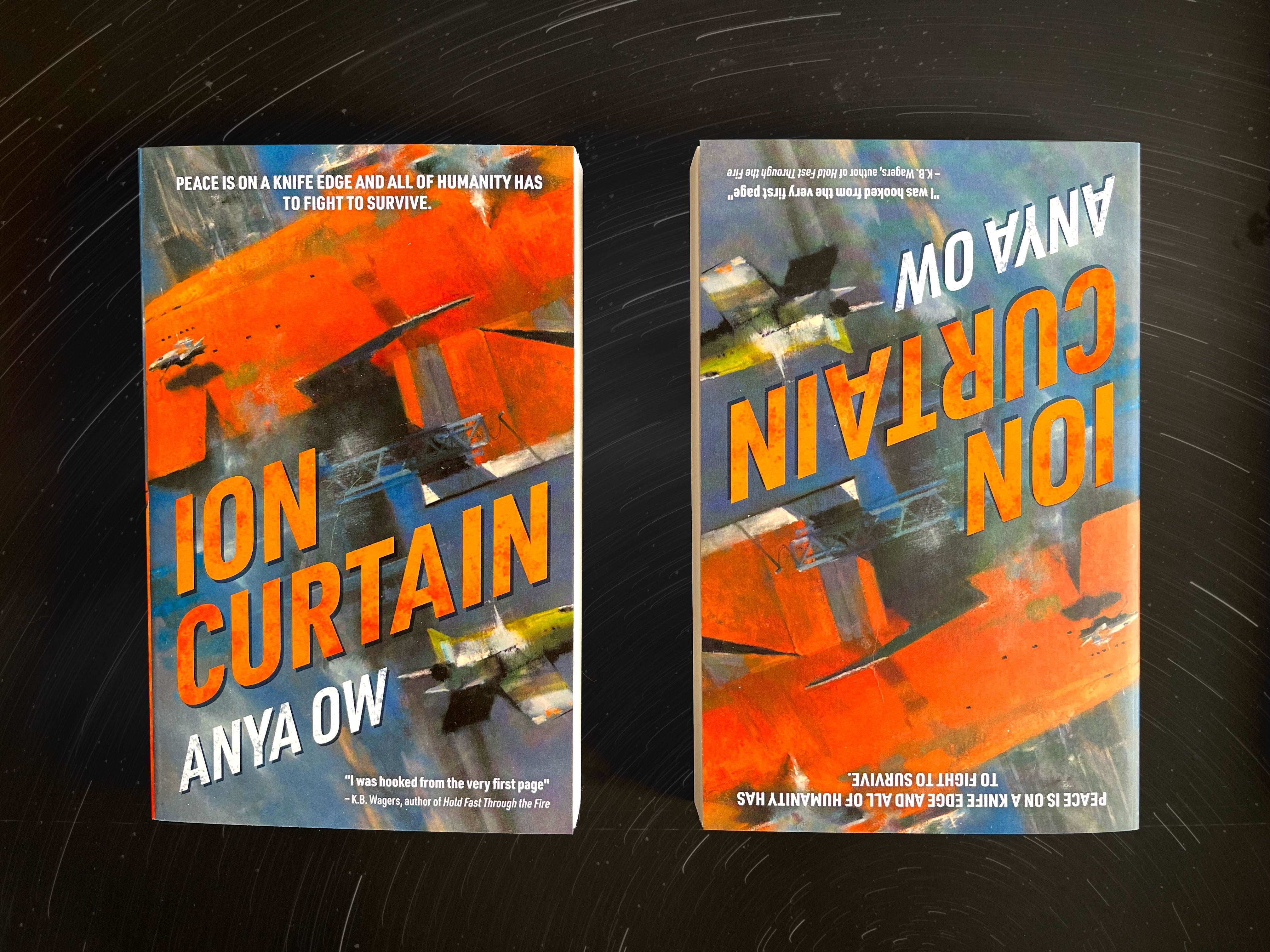 We're nearly one month on from ION CURTAIN's book birthday! Check out my interview about it over on Clarkesworld, my AMA over on r/Fantasy, and a list of inspirations on SciFiNow. If you're looking for a fun summer space opera read (or winter, if you're in the Southern Hemisphere like me), I hope you'd consider my book.

It was a little scary doing an AMA by myself – previously, I'd done one as a part of a group of Neon Hemlock authors, and I'd actually only come on after the AMA was over due to the time difference. This time it was live and just me, and I wasn't sure what to expect. I think putting up a giveaways of FIREBIRD'S TALE and 6 signed copies of ION CURTAIN did help get more people interested in the AMA? Most of the signed copies have reached their recipients by now I think. For those who haven't gotten their books: sorry, kangaroo mail's been a bit funny since the pandemic. And for everyone who took part in the AMA, whether it's because you already know my work or are just part of r/Fantasy, thanks for making it a fun experience.

Rebellion/Solaris were generous to give me a whole box of author copies, some of which has gone to friends, some to giveaways, and some to the little community library in Melbourne Central, at the back of the food court below the Hoyts ticket office. If you're in Melbourne and you want to borrow ION CURTAIN, that'd be your best bet. If the books are all gone by now I might add more.

I try not to stress myself out looking at sales (though I did briefly peek at rankings after getting around to setting up my author's account on Amazon) and I get anxious looking at reviews, so I haven't read much about ION CURTAIN's release so far. Can only hope people like it enough that I might have a chance to release the other books! This is actually my second attempt at publishing what would hopefully be a trilogy: FIREBIRD'S TALE was meant to be the first of three, but its publisher went under just as I finished writing the second book, so that's never gotten anywhere. In any case, if you enjoyed ION CURTAIN, do leave some R&R on Amazon or Goodreads or wherever you might have seen it. I'd likely be too anxious to read what you'd have written (with CRADLE AND GRAVE, my office's admin girl actually read out some of the nicer reviews to me because I didn't even want to look) but it will be a great help. In any case, if you've read any of my short stories or my books – thanks for your support!

What I've Been Playing 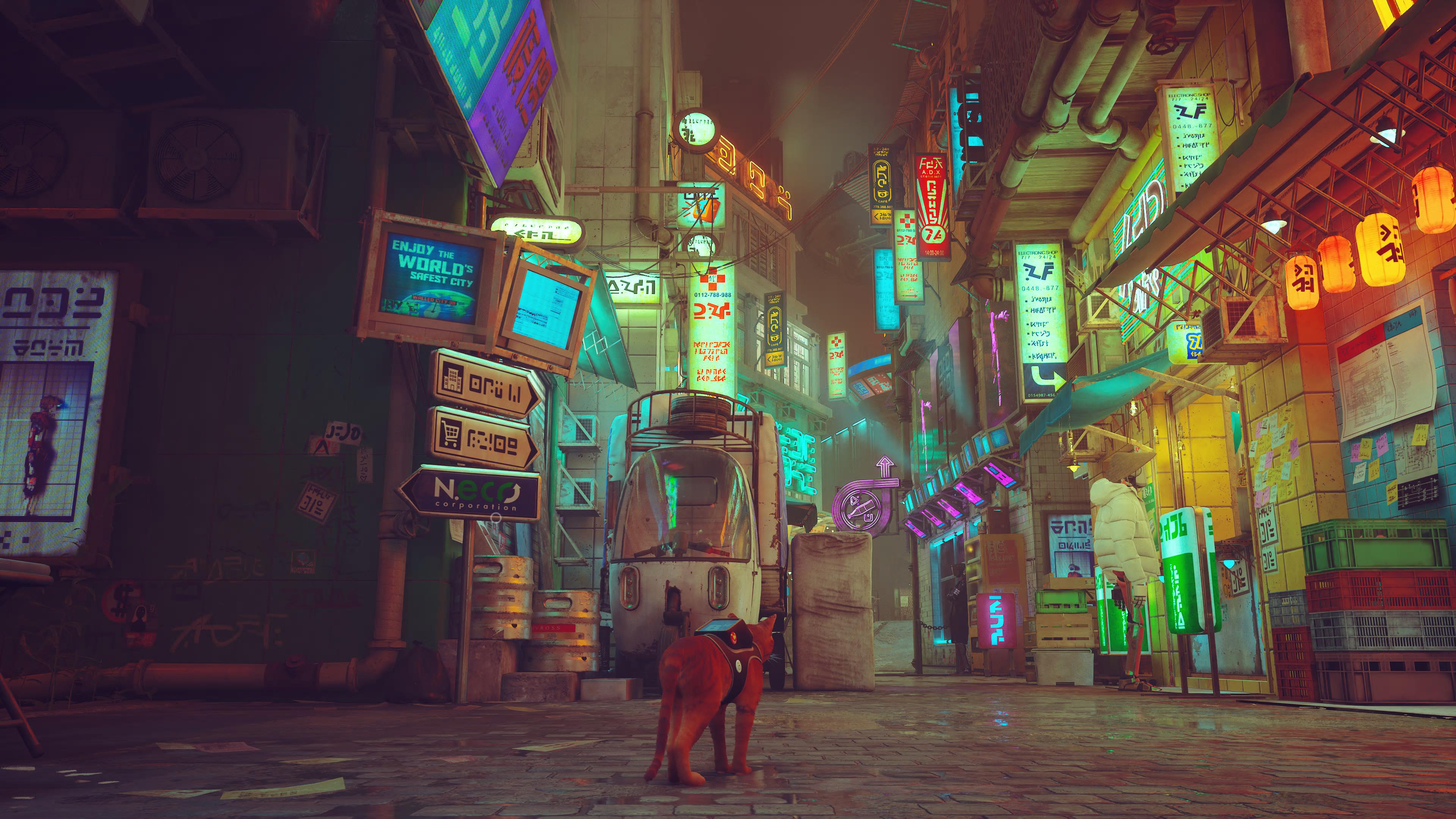 Stray | PS5 | Of course I was going to play Stray. If anything, the main character looks very similar to my ginger cat, Pascal. Set in a cyberpunk world where humans have mysteriously disappeared and robots have attained sentience, the ginger cat falls out of the outside world and into the sewers of the world below, and has to find a way to reunite itself with its cat family. Puzzles in this game require an exercise of logic and literacy, which really should be beyond little kitty, but I'm willing to suspend disbelief because the cat is not just incredibly cute, but clearly animated by people who have and love cats. The little belly crawl that the cat does when the harness is first strapped on is hilarious. Also, the weird little merpy sounds it makes is very much what my ginger cat also does. He was fascinated with parts of the game. 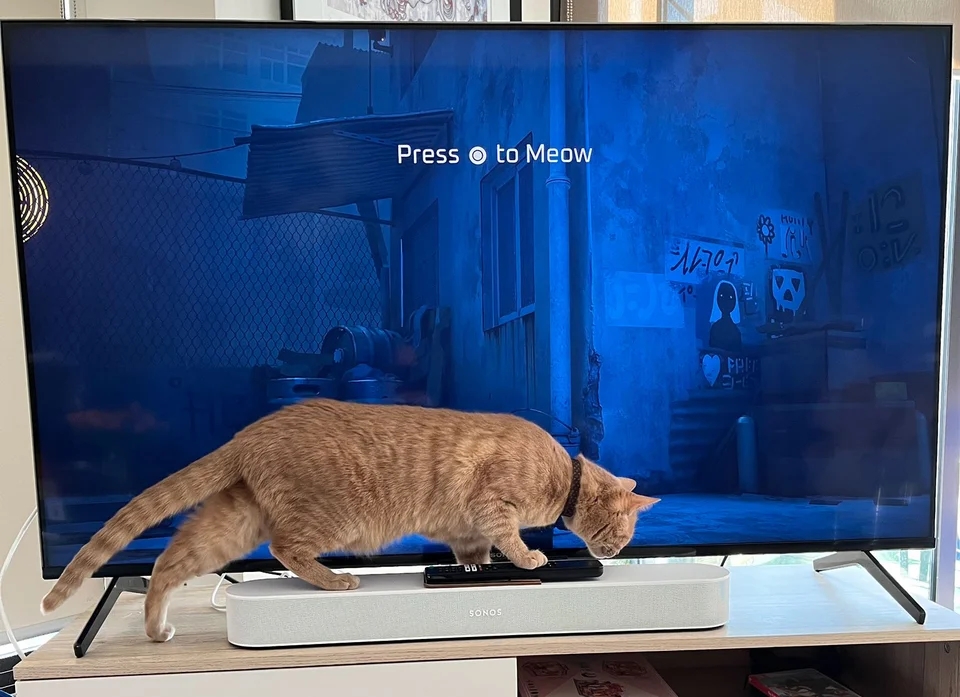 The game does have my usual problems with the Cyberpunk genre – again, at points very much the ~Asian Orientalist aesthetic without Asian characters, which Sisi Jiang describes in their Kotaku review. I cringed a little inside at the characters with the conical hats. In 2022 you'd think media would be able to explore this storied genre without falling into its usual issues, but I guess we aren't there yet. Still, it's a fun, short cat simulator game, and I was genuinely stressed during the parts where the cat appeared to be struggling or in danger. Worth a go for cat enthusiasts.

Sword and Fairy | PS5 | The seventh in its series, Sword and Fairy 7: Together Forever actually came out earlier for the PC on Steam, and has only recently been ported over to the Playstation. It is beautiful – hands down the most beautiful game I've played so far this year, more beautiful than even AAA games like Horizon: Forbidden West and Elden Ring. Gameplay wise, it's very much like Tales of Arise, an ARPG where you're encouraged to switch between party members on the fly to try and trigger group attack synergy animations. The game is, however, easy enough on Normal that you can probably just stick to one character and be done with it, though given the many times in the game where you're stuck as one person or don't have your entire party, you should give everyone their best gear at any point in time. 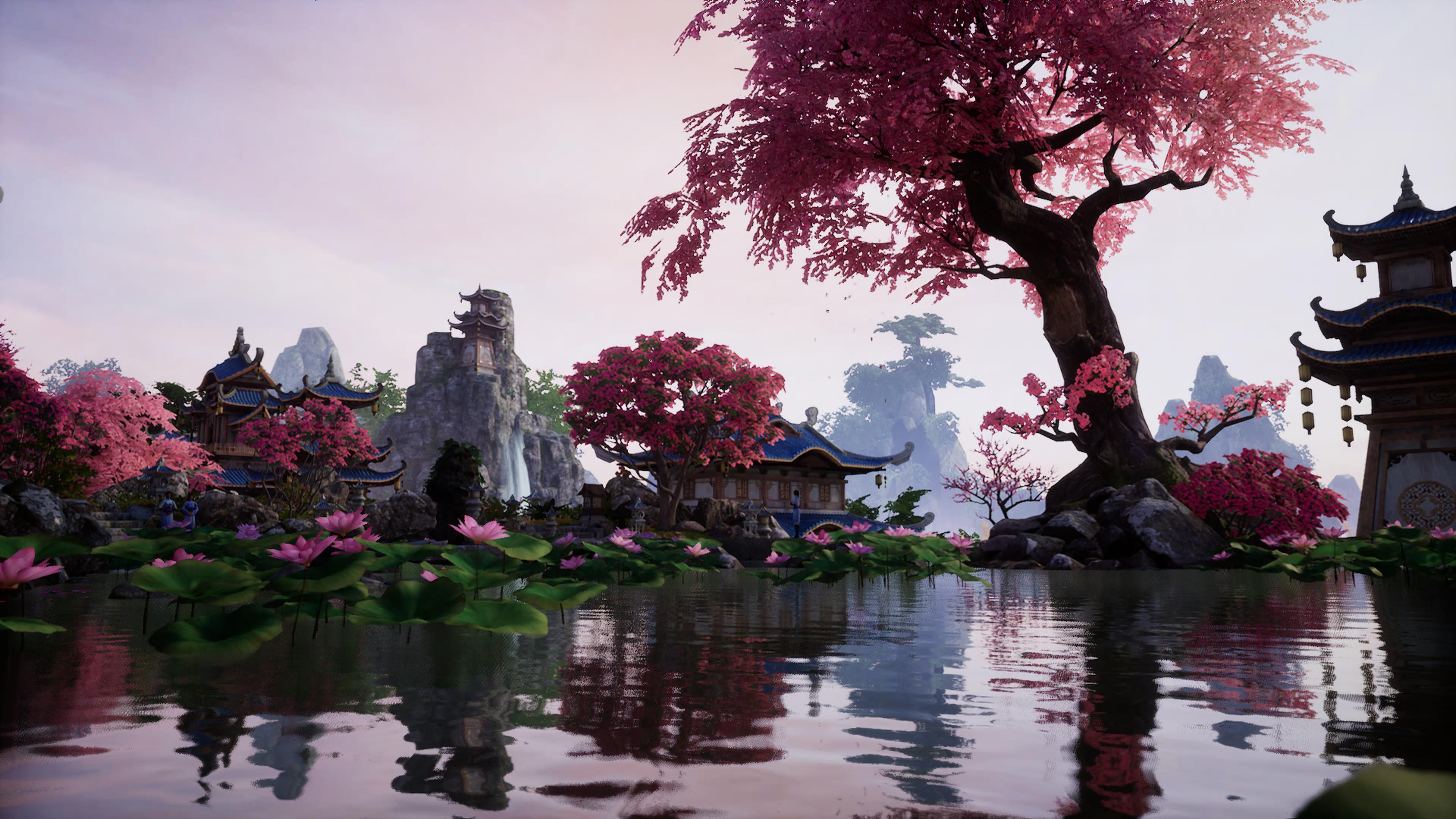 Set in a xianxia universe, with a rather half-assed localisation effort, Sword and Fairy 7 is probably best enjoyed if you're not only familiar with xianxia / cultivation world tropes but can also understand Chinese. That being said, I think it's probably playable even if you don't, but you'd probably miss a lot of nuance that the game takes for granted that you'd likely already know. For example: the way the game handles titles and self-addresses is either not translated at all, or only partly translated. For some reason, characters often call each other by their names in the localisation instead of by their titles (as per the Chinese audio), even though to do so is disrespectful or over-intimate. This persists despite there being a sequence where the human characters explain the intricacies of names and title usage to the deity character.

Speaking of deity characters, Sword and Fairy 7 again highlights to me how funny it is as someone who has had a spectator view of English fandom pairing drama how weird said drama can be at times, arguing over things like the age gaps of fictional characters or other things considered 'problematic'. The xianxia genre is often way beyond fighting over things like that. It's common for characters to have age gaps that are centuries apart, or not even of the same species. In Sword and Fairy 7, the deity character is implied to be centuries old, common for such characters. He is also, in his real form, a fruit. As such, Sword and Fairy 7 is a human x fruit romance, a plot point that they underscore in the final sequence of the game. That the MC is a fruit is not at all questioned by anyone else in the game – the main concern is that as a deity, he's not meant to fall in love, so the romance is, as is typical again in the xianxia genre, very likely doomed. 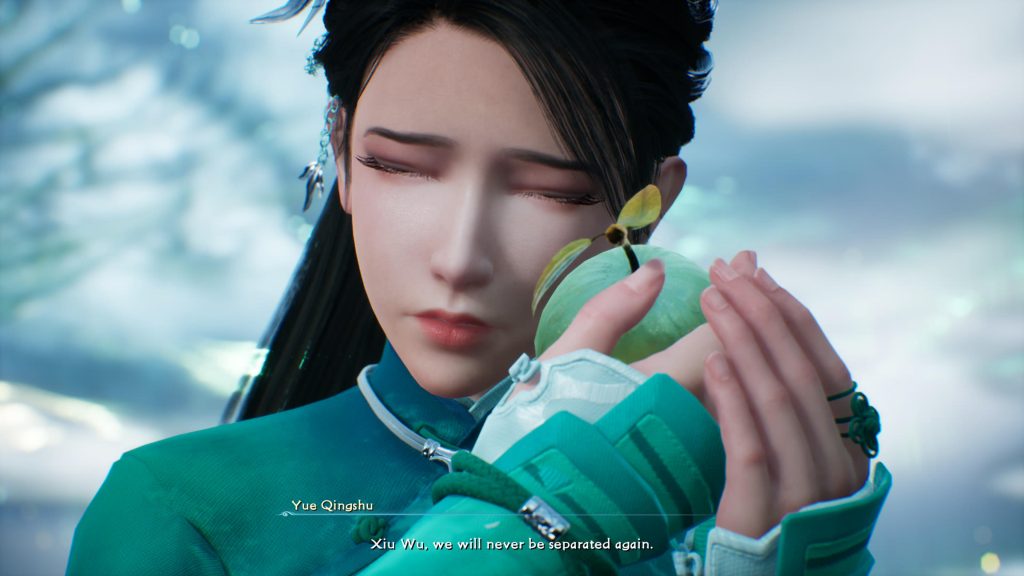 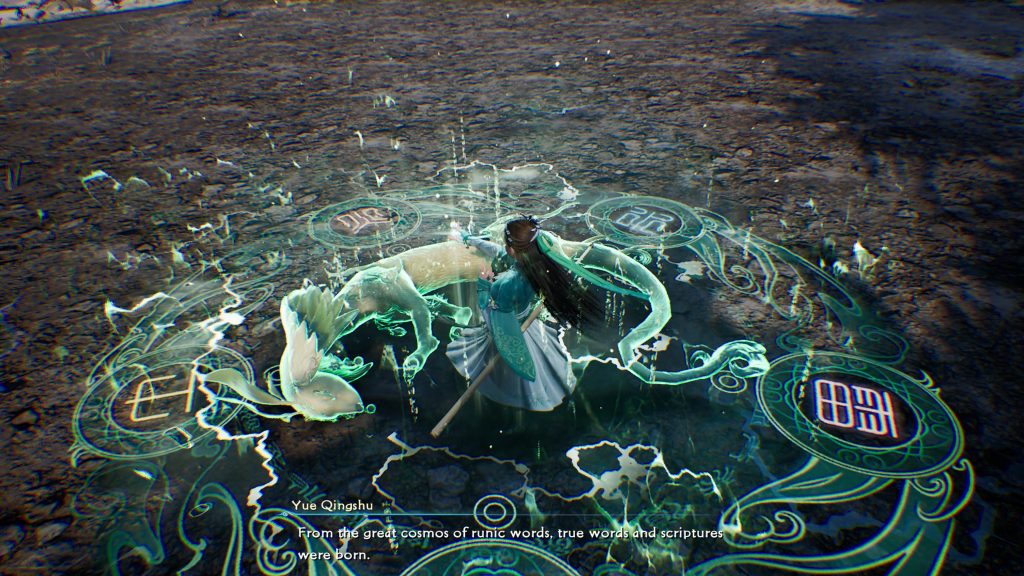 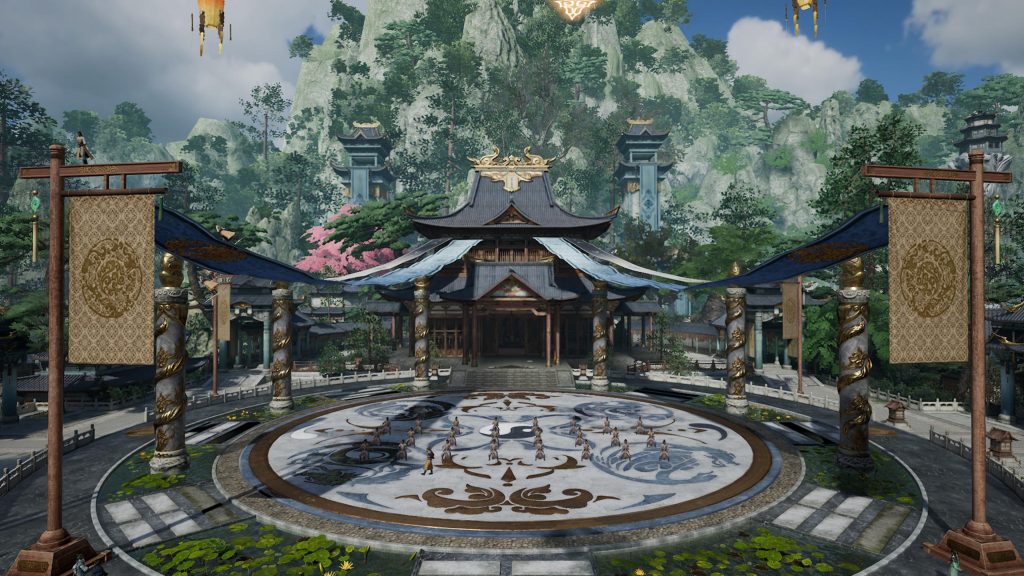 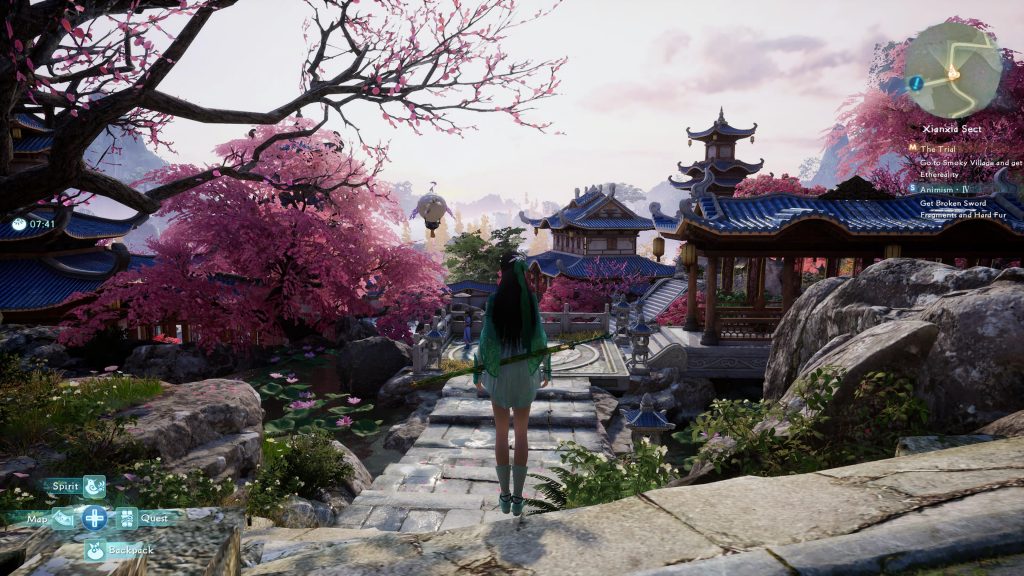 You start off the game playing as the MC in the tutorial, and soon become the FMC – the sole hope of her declining spirit pet sect. FMC is the mom friend, and she's also mature, compassionate, intelligent, responsible, and takes 0 shit from anyone: a fantastic character whom I was hoping would cultivate the ruthless path as a swordswoman and leave her likely doomed love calamity in the form of a fruit aside, but as these kinds of games go I knew that was unlikely. Spirit pet sects are one of my fave xianxia tropes, especially ones like in Sword and Fairy 7 which acknowledge that the pet contracts below the equality ones are oppressive. The pet characters were great, too.

If you have any interest in xianxia or Chinese high fantasy at all, give the game a chance. It's buggy at points, but it's beautiful and fun, with compelling characters and a twisty storyline. Check it out.

The Sandman | Netflix | The Sandman graphic novels were one of the first few of its kind I read, way back when I was a student in the University of Melbourne. I fell in love with a lot of the characters, including Matthew the raven, Death of the Endless, Mervyn and more. I didn't think it'd be possible to do the graphic novels justice, but I'm glad to have been proven wrong. The Sandman tv series is gorgeous. The casting is amazing, the setting and feel of the show is immersive. One of my friends parcelled it out slowly because it was all he'd been waiting for, and I could understand the feeling. As a fan of the show, it's been a serious treat–it's so good. I'm so glad to have been able to see it. Looking forward to the next season.

Golden Kamuy | Set in 1900s Hokkaido after the Russo-Japanese war, Golden Kamuy follows the increasingly unlikely adventures of Immortal Sugimoto and the Ainu child he befriends, Asirpa. It's funny, brutal, visceral, and has a great cast of memorable characters – and an amazing plot to boot. The manga is finished as of this year, but the animation is still ongoing. If you can handle how gory seinen manga can be, give it a shot. It's one of the best animes I've watched, and is very food oriented.

So my @UncannyMagazine debut is now free to read on the site. It's a non-fiction piece titled 'Too Dystopian for Whom? A Continental Nigerian Writer’s Perspective.' Bit long, at 3488 words, the longest essay they've published this year. I hope you like it.
https://www.uncannymagazine.com/article/too-dystopian-for-whom-a-continental-nigerian-writers-perspective/