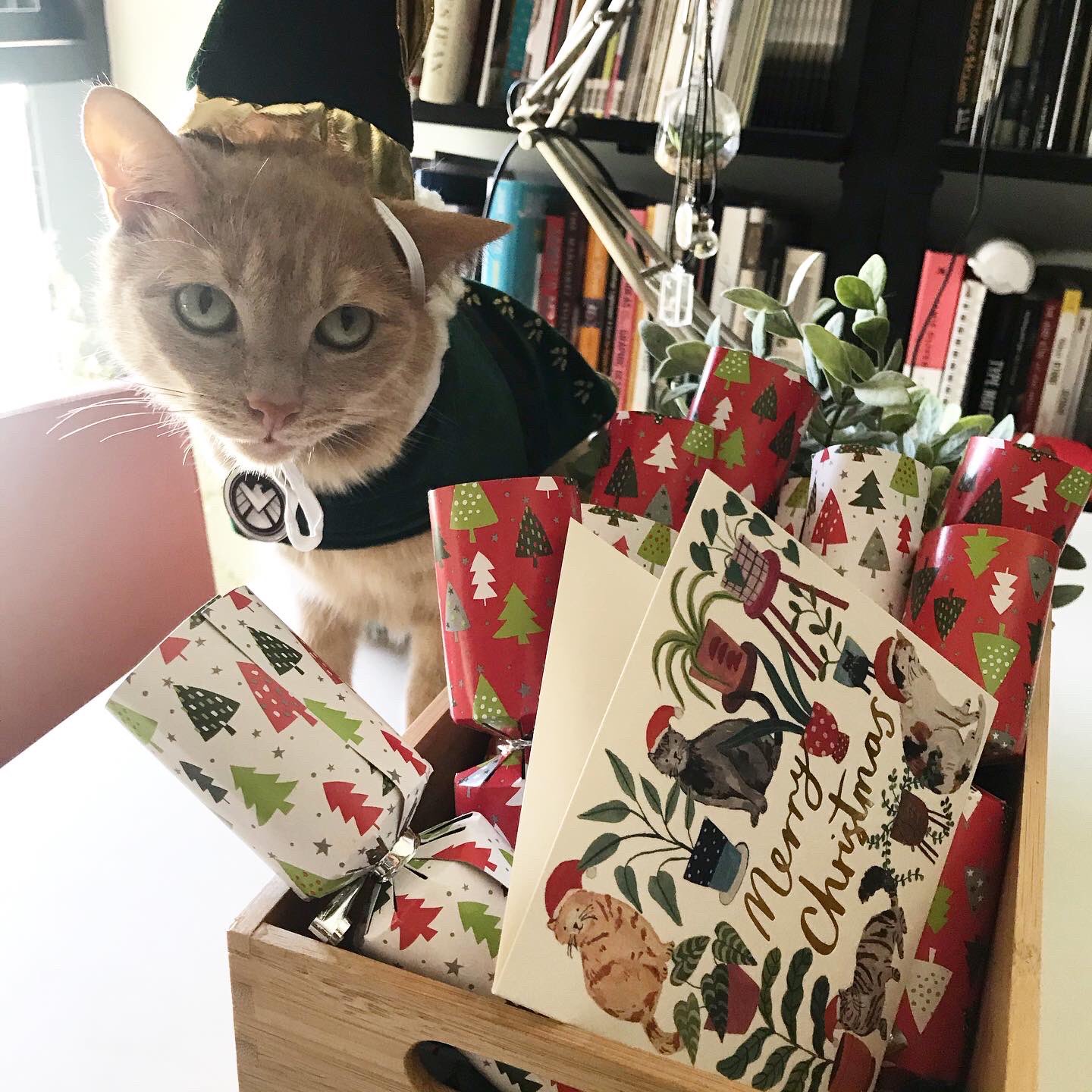 Season's greetings and all that from Melbourne. This is the first year where I've had to spend the holiday season in Australia rather than back in Singapore, and it's been a surreal feeling. The cats were pleased that I didn't abandon them to a catsitter, presumably, though less so about the cheapie Kmart costumes they were put into for 5 minutes for a photo op. Happy new year. Hope 2021 will be better for everyone, though as I write this, with armed terrorists storming the govt buildings in the USA, it looks like it's just continuing to escalate.

Some good news – I'm now represented by Jennie Goloboy of Donald Maass Literary Agency! Have been trying to get representation since 2016, so it's been one bright spot to the end of last year / start of this one for me. Hope you can all see my new book out in the wild someday soon.

Hit late game (AR45+) on Genshin Impact, which yes, is as much of a massive grind as it was rumoured to be. Spent a few days burning all the fragile resin I'd saved up to get artifacts, ran out of money, exp materials, and all that. Got to Abyss 11-1, but my current team composition doesn't have the dps to progress further. Trying out a new carry, but damn it's expensive getting even more people up to speed. The Abyss and AR45+ artifact domains are challenging, and looks like they're tough even for people who lucked into (or paid for) the stronger characters.

Now that I've done Zhongli's storyline, I think it's hilarious how the God of Contracts, effectively some sort of proto-lawyer, seems so bad at contracts. His contracts don't always appear to have consideration, nor are they in writing, and there's no dispute resolution clause. Was a fun character to use in the overworld and in Abyss up to 11, but sadly I think he has to sit out my current team for now. 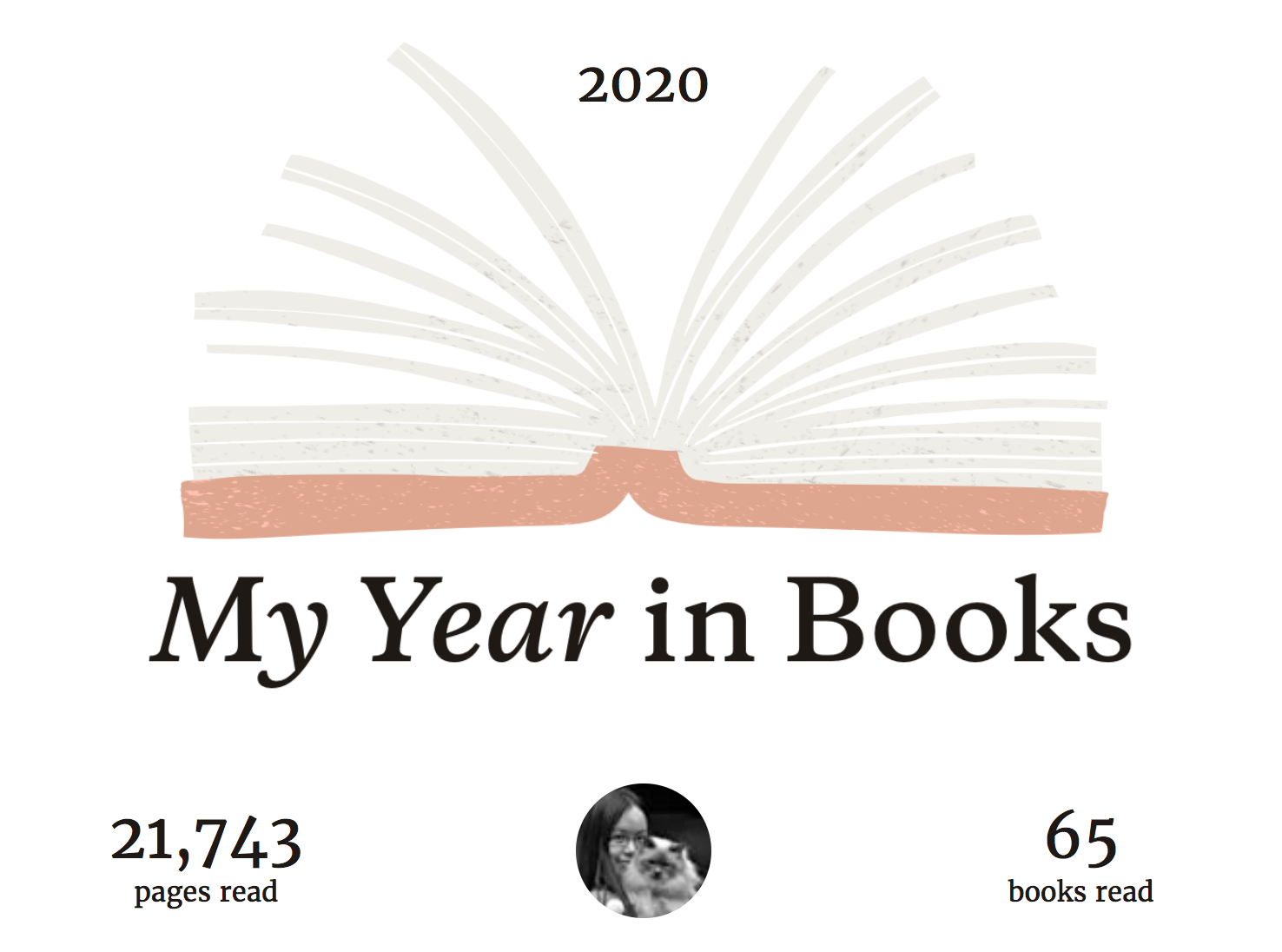 December is usually the month where I catch up (even more) on my to-read list, since I fly home to Singapore. This year, not so much, but I still got a fair bit read. Goodreads tells me I read 65 books in 2020, which is a bit of a drop from my normal: I usually get a lot of reading done during my work commute, which is no longer a thing.

Barack Obama | A Promised Land | I loved Michelle's book, and was curious about President Obama's. Contains a lot of intricate detail about policy, the ugly sausage of American electoral politics, and is effectively a very long accounting of everyone who wronged him and his wife. Not sure if people who aren't already interested in American politics would like the book, but it does relay many knotty, current world/US political issues in a highly readable form.

Rebecca Roanhorse | Black Sun | Had to set up an American Kobo account to read this book, which for some reason wasn't available in Australia as of December last year (along with Interior Chinatown and others). Worth the effort. A thriller of a political read. Wasn't expecting the grisly eyeball body horror bit at the start.

Evan Winter | The Fires of Vengeance | Reading Winter's books is very much like just pouring raw adrenaline right into your veins. The Burning is very much Gladiator with dragons but better. So much fighting. So much avoidable yet necessary tragedy. Looking forward to the next.

Uehashi Nahoko | The Beast Player | I wish more of Uehashi's books were available to read in English. I love her prose and her worldbuilding. Her Beast Player series is very much all that I want out of a beast rider sort of story -- exploring the difficulties of raising monstrous steed creatures as well as approaching the inherent violence of domesticating and modifying wild creatures for war from a conservation and compassionate point of view.

Uehashi Nahoko | The Beast Warrior | Book 2 is a bit of a spoiler for book 1 if you just read the blurb like me, but it closes out the MC's arc in a great way. Wish the rest of the series was available here, but I'm glad to have been able to read what I have. Can't recommend her books enough. They've been turned into manga and anime for a good reason -- they're action packed and highly readable.

Hattori Yuki | What Cats Want | This illustrated book by Dr Hattori is a cute and fun read even for people who like me have had cats for years.

Suffian Hakim | Harris bin Potter and the Stoned Philosopher | One of the most entertaining reads of the year for me: a Singaporean parody of the first Harry Potter book. Likely only extremely funny if you're Malaysian or Singaporean given the number of in-jokes, though I recommend giving it a go even if you're not. Readable even if you're not a huge Potter fan like me. Love how the Forbidden evil murder spell is a cursed version of Chan Mali Chan, hahaha.

Yokomizo Seishi | The Inugami Curse | Yokomizo's murder mysteries are very much Sherlock Holmes stories, but with a Japanese protagonist in postwar Japan. The Inugami Curse is another great story where a rich man's malicious last will and testament wreaks havoc in his greedy family. A must-read for lovers of Holmes and Knives Out.

Lavie Tidhar | Judge Dee and the Limits of the Law | Bought this book because it was about a vampire judge, but kept getting kicked out of the narrative by descriptions of humans enjoying undercooked pork. Roast pork, cooked safely, is not meant to be bloody. Other than that, the book was an entertaining read.

Stephen Graham Jones | Night of the Mannequins | Jones' horror books are always a wild ride. You think you see where the book is going, then it takes a rapid right turn into uncharted territory. This slasher-horror story is very much in the same vein, and I was all for it.

Jiang Ziya | By far my favourite film of the year, Jiang Ziya is an adaptation of part of a Chinese classic: Investiture of the Gods / 封神演義. It's a gorgeous, Pixar-level film with relatable characters and beautiful action scenes. Highly recommended if you can find it.

Andre and His Olive Tree | Confess I wasn't that impressed with the restaurant when I tried it, but this is a beautiful Chef's Table-esque food film set largely in Singapore, following Chef Andre Chiang during the last days of Restaurant Andre.

Strangely enough, the Monster Hunter film was amusing. Maybe it's because I played the game? Tony Jaa was great. There was an unexpected amount of body horror and gore, but it was a fun watch. Odd seeing Rathalos being the final boss when I found Black Diablos a much harder fight, though.

It's been odd watching films again in theatres, even at 0 daily cases. Had to book out the whole row effectively to seat 4 of us. Was happy to do so (no change in ticket pricing) but at this rate, I think theatres are going to have to shutter in favour of streaming.