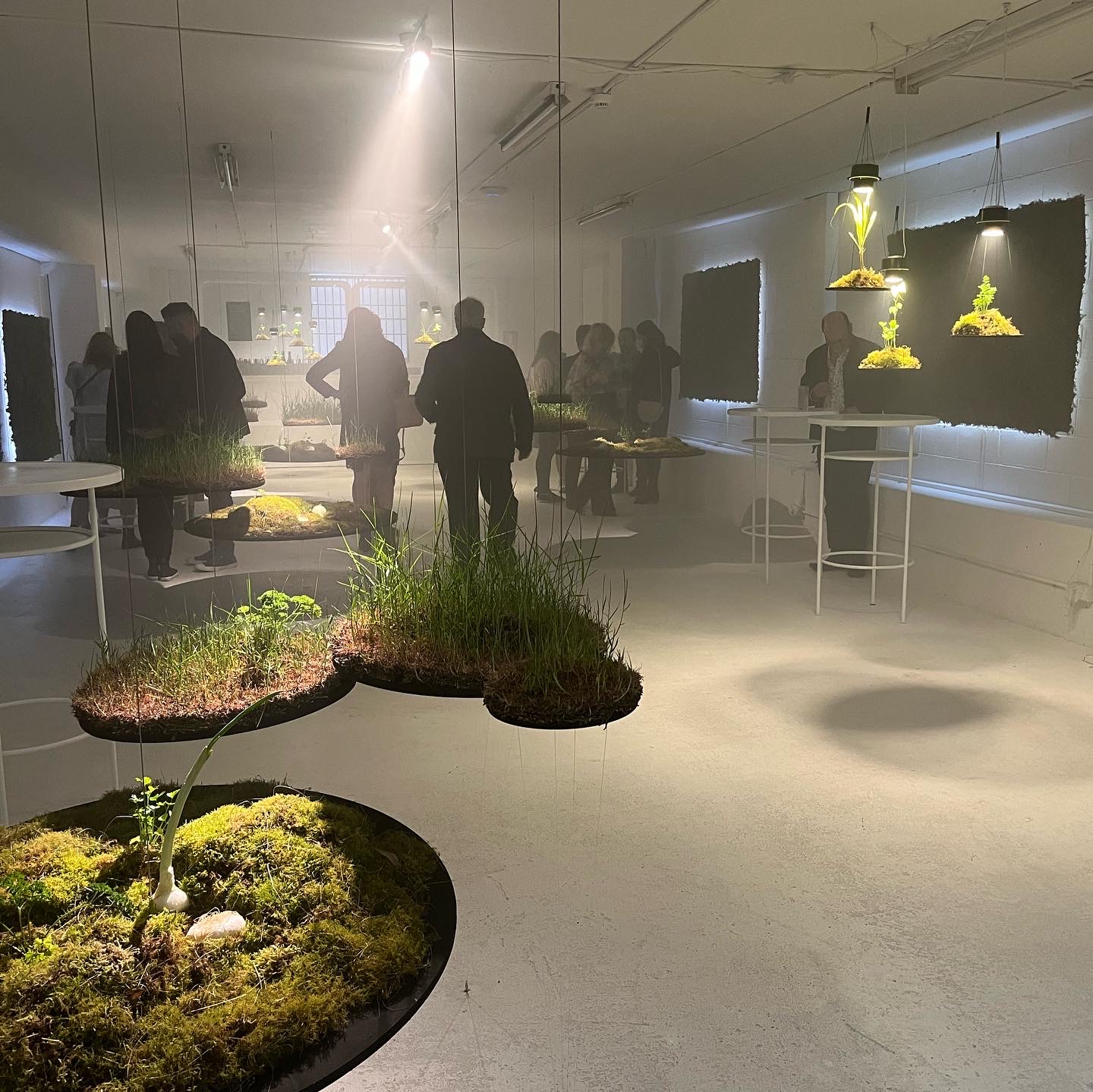 Melbourne is back from its latest lockdown at 90+% vaccination, which means activities have returned – within COVID-safe guidelines. A recent one is Scott Pickett's Higher Order, an immersive, futuristic dining experience looking at what dining might be like in the (near? far?) future: sustainable, ritualistic, and perhaps, given the portion size, minimal and expensive. I've always had mixed feelings about events with a cyberpunk influence, but at least this one had some Asian people in it, vs just running with an Asian ~aesthetic/flavour palette. The food was tasty, though we weren't too sure from the instruction sheet whether we'd actually found every portion – you were meant to explore the large dining space and find your own food, of which there were meant to be at least 7 in total but turned out to be maybe 8+a "tea ceremony" experience that was unintentionally funny. 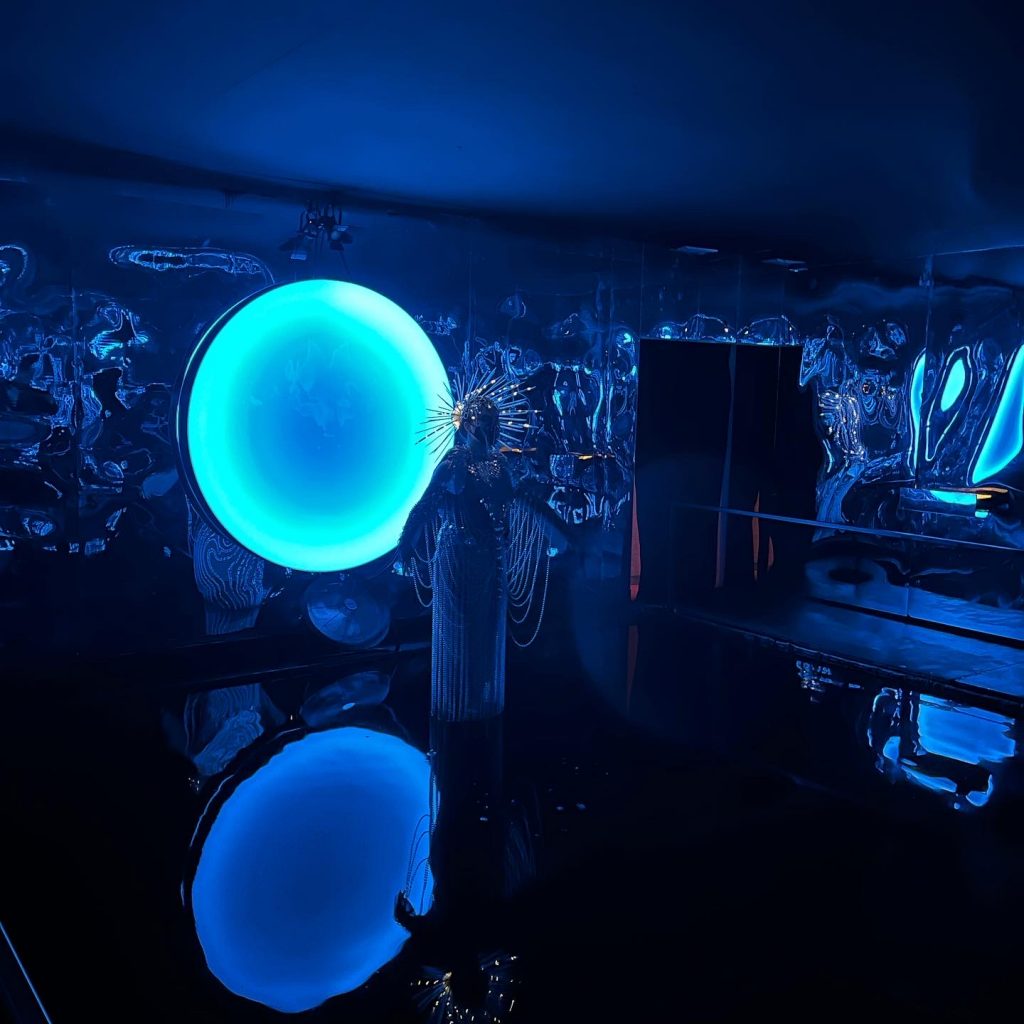 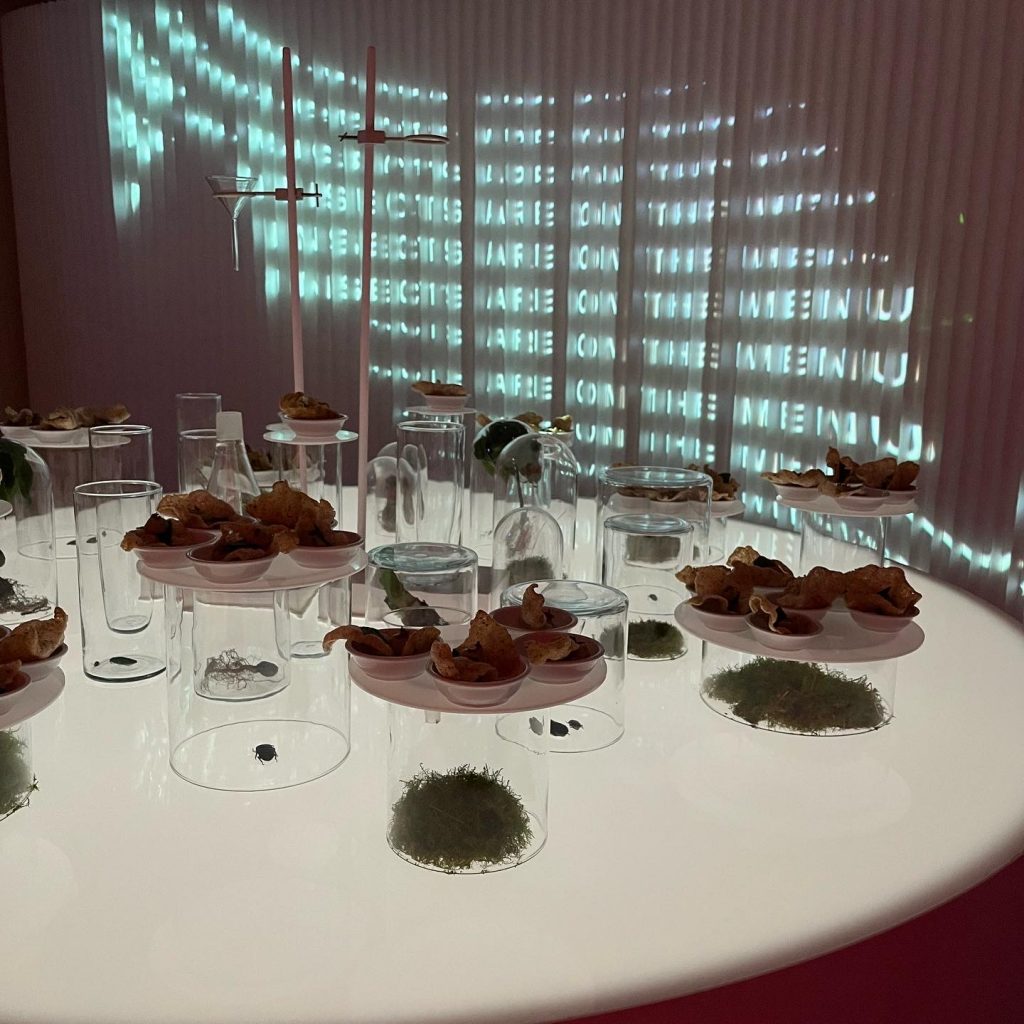 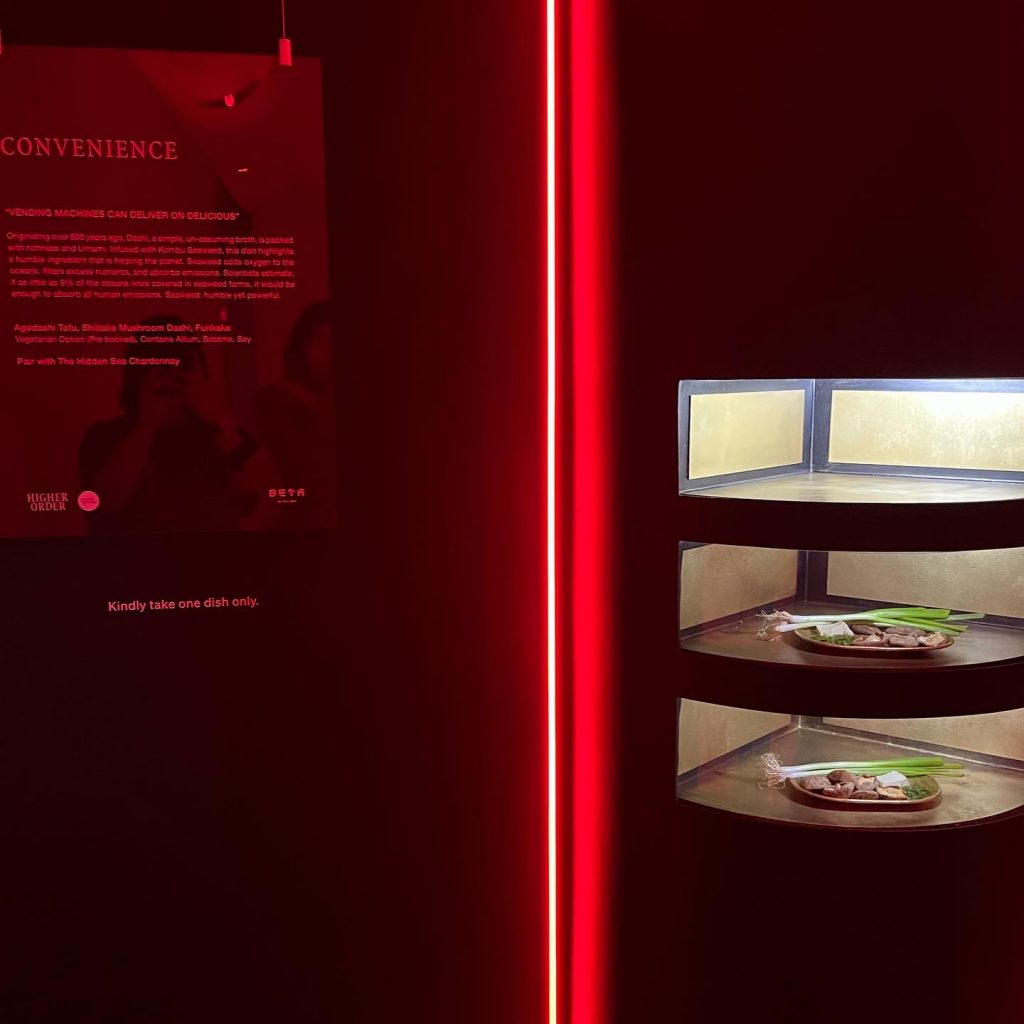 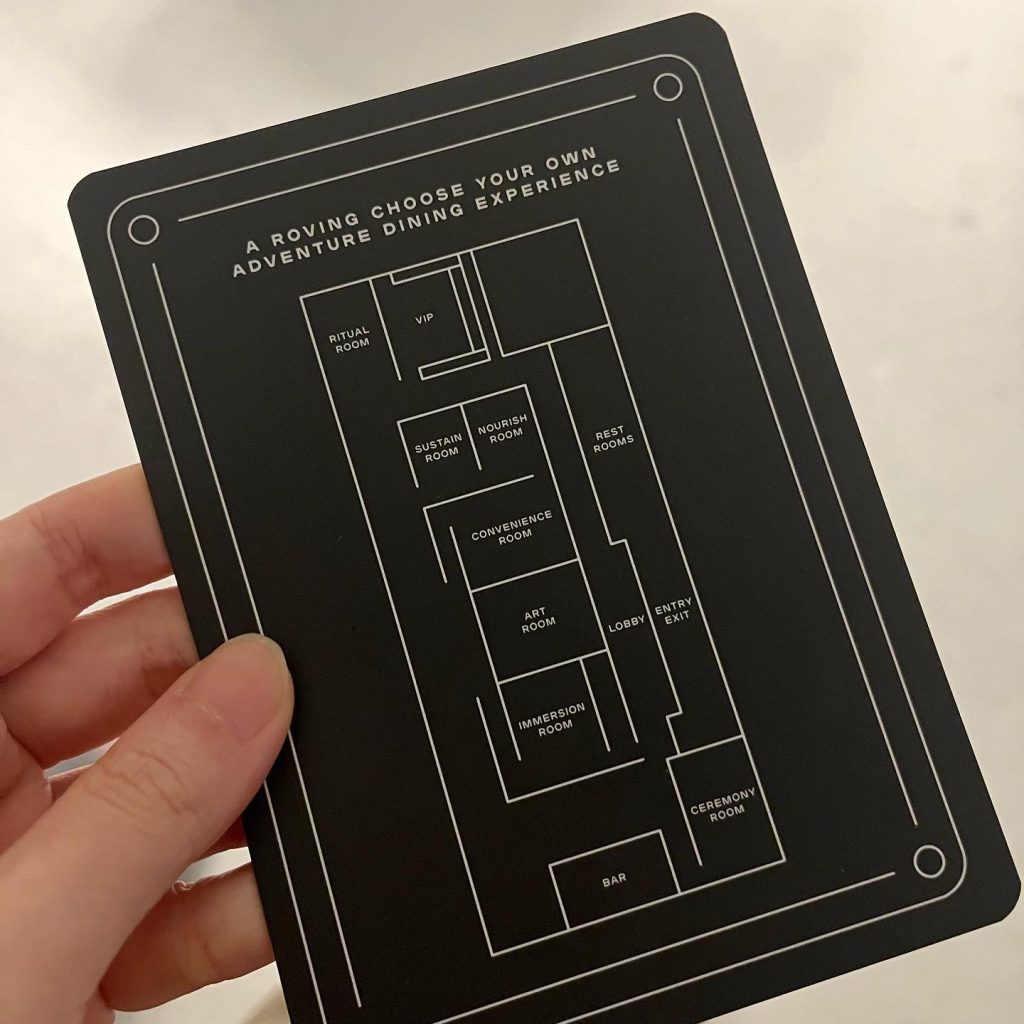 Amusing experience overall, but next time, they should probably hire a storyteller for the worldbuilding. Of all the immersive dining experiences I've been to in Melbourne to date, this one probably had the tastiest food (unsurprisingly - it's Scott Pickett), but the best overall is still Hyperreal's.

With events back on, the Japanese International Film Festival has also come and gone. Popular films sold out quickly. Was wondering why The Fable II didn't sell as fast, only to realise (after we watched it) that it was already streaming on Australian Netflix. Either way, a fun watch:

Based on a seinen manga by the same name, The Fable is sort of like an absurdist John Wick, where a legendary hitman has been told to lie low (and not kill anyone) for a year. Having to live a normal life, he decides to work at, of all places, a small graphic design agency. It's hilarious. If you have Netflix, I recommend watching both films.

I read the books in my teens up to Winter's Heart and don't remember much about the books, which is probably why I'm enjoying the live adaptation so much. Love the setting and the special effects. Friends who are big fans of the book seem split between enjoying the adaptation and wishing it hadn't made the changes it has, so. Maybe go into it with that in mind. I do like the diverse casting – especially with Daniel Henney for a'Lan Mandragoran.

Gave Arcane a go because quite a few people on my TL have been watching it, and I love the art direction and steampunk world setting. Didn't even realise it was inspired by League of Legends until I started watching it, and don't play the game, but it's still a great watch.

Despite November being Nanowrimo month, I haven't been able to stop my danmei reading habit, ah well. Here are some of my faves from November:

公子寻欢 | 贤后难为 / It's Difficult to be the Queen | Transmigrated MC used to be an archaelogist in his previous life, a profession that came in handy when he was reborn into a male concubine in the palace and stuck with a 'Queen System', which tries to push him into being a sage queen. This author has a great grasp of humour and characters. Fun palace fight read. Bonus for playing Jay Chou's 青花瓷 when masquerading as a prostitute in a brothel. No translation.

Neleta | 悍“夫” / Fierce "Husband" | Fun read... starts as the usual "transmigrated into a male waifu in an ancient farming community" kind of story, except the author is obsessed about making tea, so there's so much detail about how to dry tea and tea ceremonies. MC has a magical space from the future and transmigrated to an alt history that doesn't yet have Mencius and Analects and the other classics, so when he takes it out, it causes him endless troubles. Part translation.

鬼酉蜡烛 | 朕今天也在等男主篡位 / Today We Are Still Waiting for the Male Protagonist to Usurp the Throne | Hamster spirit failed his tribulation only to transmigrate into the body of the emperor in a book. Decides to push the protagonist ML to usurp the throne so that he will be able to live a salted fish life (in the book, the deposed emperor gets closed into an estate but lives well for the rest of his life, and the hamster is fine living in a nice cage). Antagonist is a cat spirit. Bonus for hamster spirit deciding to re-grade the harem based on how productive each concubine is at farming. Extra bonus for concubines deciding to get together at the end and go into business with the MC after the MC inevitably disperses the harem for the ML. Hilarious.

凔溟 | 魔尊嫁到 / The Demon Sovereign Is Marrying | Entertaining read where the MC failed his tribulation and fell to the mortal world as a transmigration, which made him far too powerful, particularly since he still retained his unorthodox path spells and tricks. Makes one half of a power couple with the capable and smart ML. No translation.

红尘树 | 重生后我成了暴君的小白莲 / After Rebirth I Became the Tyrant's Little White Lotus | The MC in this book is literally a white lotus – as a spirit that failed his thunder tribulation and regressed into a lotus spirit in an alternate history, that was given to an emperor as a tribute. Haven't read a lotus spirit danmei yet, so this was an entertaining read. MC went from staying with ML to absorb his dragon qi to becoming the national teacher of the dynasty. No translation.

止宁 | 小娘 / Little Mother | MC transmigrates into an outer room concubine of a Marquis who dies before he slept with him. In order to live a good life, he goes to the Marquis' estate and insists that he's pregnant with the Marquis' son. Black bellied clever ML can see that he's lying, but allows him to stay because why not, though forces him to keep the chastity memorial for the deceased Marquis in exchange, something that he regrets halfway through the book b/c it means to marry the MC he'd have to fake the MC's death. This author is great at writing characters. Hilarious read. No translation.

许清风 | 重生之嫡子不良 / Rebirth of the Bad Son | My translations probably seem inadequate. 嫡子 means son from the main wife, aka in the line of succession. This particular author is a fan of MLs suddenly falling for her MCs for minimal reasons, which is fine because her MCs tend to be overpowered, smart, and capable. This particlar rebirth story again follows the kind of OP combination that is reborn Special Forces Doctor (common trope for some reason in CN danmei). Fun read in particular b/c almost all of the schemes from the antagonist involve medical puzzles or disasters. No translation.

许清风 | 重生之不良悍夫 / Rebirth of the Bad Husband | This book illustrates this author's love of sudden ML infatuation: the ML spends the first part of the book naturally hating the MC (a reborn gangster into the son of a county prince), who does his usual gangster routine of running a casino and brothel in ancient China... only to suddenly fall in love with the MC a quarter of the way through the book? Very strange. The MC, however, is a hilarious character. No translation.

Failed at nano this year, but at least finished a draft of my manuscript and sent it off to the agent. \o/ Hope everyone has a great holiday season!