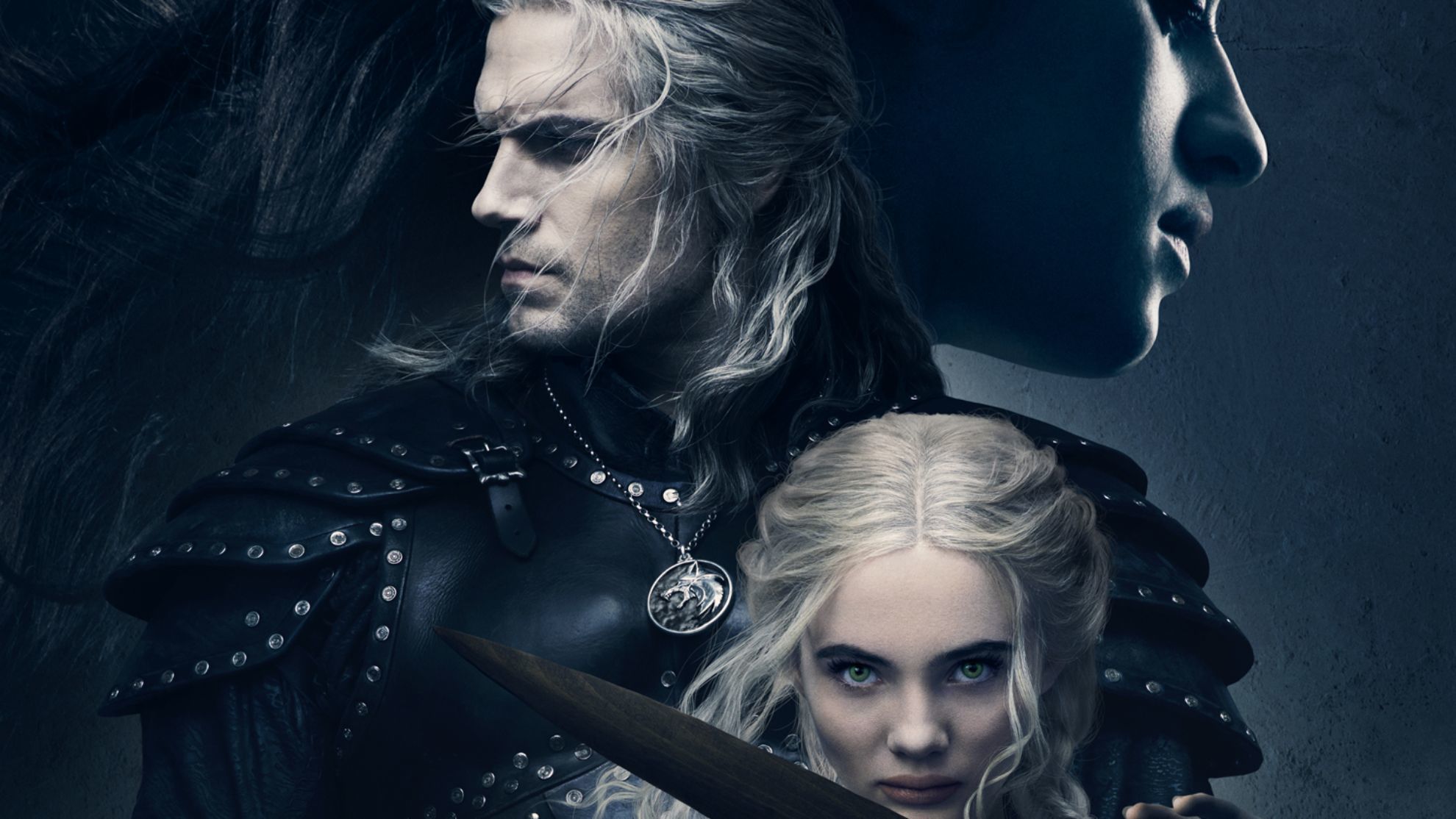 Happy New Year! Hope everyone reading this had a great holiday season, and best wishes for the year ahead. May it be less hectic than the last two years have been. I feel like 2021 passed in no time at all. Was it really one year ago that there was an insurrection and a weird Gamestop saga all at once? Perhaps working from home has really messed with my sense of time.

Things finished over the Christmas break: a draft of a book, watching Witcher 2, Arcane, and Wheel of Time, and more danmei novels. Not much else that could be done: the Omnicron outbreak in Australia is worsening. Stay safe everyone.

The Witcher's second season was a better watch than the first, being relatively more straightforward. Not sure about Francesca's story now centering around having a baby rather than her ability to rise through the ranks of the Brotherhood despite being an elf, then becoming a founding member of the Lodge, but sure. Yennefer and Jaskier scenes continue to be a delight. And the action is as fun to watch as ever.

As to Wheel of Time, I never realised it had a relatively smaller budget until the final battles in season 2, where the horse charge was, sadly, very small – especially coming off a huge budget show like Game of Thrones. Other than that, while I don't remember much about the books, it was a pleasure watching everyone make logical decisions as befit their age, rather than dramatic ones that were likely to just make trouble for everyone. Best scene in the show, however, had nothing to do with any of the MCs at all: it involved a pregnant Aiel woman fighting her way through a small army while in labour pains. Wow.

Favourite TV Show: Word of Honour (Free to watch on YouTube here): Based off priest's early danmei novel 天涯客 / Faraway Wanderers, Word of Honour is New Wuxia – with different focal characters compared to traditional wuxia, based on a book by a woman, with a script written by a woman. The lyrical lines and cinematography, while limited by budget, remains both a love letter to the genre while developing beyond its traditional constraints. Filmed as a romance, with the romantic lines dubbed over into bromance for censors, its queerness still comes across, as vibrant as its main characters, as lush as its costumes. Give it a go if you haven't. And read the rest of priest's books if you can, in particular Silent Reader, Sha Po Lang, Qi Ye, and of course, Faraway Wanderers.

Favourite Game: Genshin Impact – surprising amount of content and depth for a free game (warning: it's gacha, but tbh you can play all the story content and much of the harder content without ever spending money... the game will just tempt you to). Beautiful game by miHoyo, particularly the Liyue area. I recommend playing it with the CN voice audio.

Favourite Book: Qiang Jin Jiu 将进酒 by 唐酒卿 – this danmei book is a masterpiece of political intrigue, military exploits and tactics, brutal character struggles and more. While a hard read at the best of times – I was stressed for most of the book – it's worth the pain. The author invests each character, even the villains, with enough depth and humanity that you can't help but wish that everyone will get what they want, even if you know things will just burn down again and again. Read it if you can.

Some of the danmei books I've read this month. None of them have a translation, as far as I'm aware.

迟晚 | 咸鱼他想开了 / He's Thought about How to Be a Salted Fish | Transmigrated MC's only desire in life is to be a salted fish (lazy idle person), and as such when he marries the prince ML is forever going "ahh my heart disease I need to lie down". Meanwhile, the ML was tortured by his mother as a young prince and as such has a distorted personality, and thinks that the MC will only be able to like him if the MC pities him, so is forever pretending to be coughing blood. Match made in heaven these two. Funny read.

南玄 | 科学种田 / Scientific Farming | MC transmigrates into the body of a newly minted Jinshi scholar who died in an accident caused by the general ML. Having 0 intention of being an official, the MC decides to quit, only for the guilty ML to keep thwarting him. Hilarious watching MC come up with increasingly desperate attempts to resign as an official, including one memorable attempt where he dyes his hair white and claims he aged overnight because of grief. Book also goes into an intense level of detail on how to achieve urban farming in ancient times. Great read.

炎炎原燎 | 娃都有了，王妃还在套路 / There's already a child, but the Princess is still playing tricks | Hilarious read where the MC goes into a marriage with the prince ML with a lot of secret enterprises that he had hidden from his family, and as such rapidly controls the prince's estate by effectively buying off everyone all at once: by doubling the salary of all the guards and servants and arranging for their children to be able to go to school. Black bellied MC x wolfdog ML, really entertaining.

且拂 | 重生之权臣 / The Rebirth of the Minister | Rebirth story where the MC was a magistrate and... goes back to being a magistrate, except now he knows how all his cases are meant to turn out. Haven't seen a transmigration story that was this focused on solving cases that MC already solved in a previous life (just more efficiently and with less fallout). ML is a dead emperor who was somehow turned into a snake spirit instead of reincarnating, and has to have the MC do good deeds to return to human form. Bonus for the smart MC pitting the emperor ML all the time, and for an ML who, unusual for emperor wolfdog MLs, has no concept of gender roles at all, happily wearing womens clothes etc to do things like gatecrash MC's matchmakers meeting.

且拂 | 妖艳男配作死手册 / The Coquettish Supporting Actor Looks for Trouble | Shameless smart MC is reborn into a body of a very beautiful, foxy "F"MC and decides to make the most of it by charming every man possible (and getting offended whenever people don't fall for it). Hilarious read.

大五狼 | 病夫原来是将军 / So the Unwell Husband is a General | Transmigration story where the modern MC's soul integrates into the body of a pregnant ge'er (danmei 3rd gender) who has to raise both his bedridden husband and young brother-in-law. Since the husband was part of a failed political plot and became a criminal minister, only the MC can hold property, so the power balance is skewed in a more unusual direction for this kind of transmigration story. Strong and optimistic MC x black bellied suspicious ML. The story does start to drag later in the book once the ML restores his identity and they return to the capital.

云初棠 | 病美人替身不干了 / The Sickly Beauty No Longer Wants to be a Substitute | A typical rebirth story premise where the MC was betrayed in his previous life by the previous ML, and as such decides to spend his reborn life in an opposite direction, while taking revenge on everyone to boot. Smart, vicious, black bellied MC with an equally smart and vicious ML, power couple. Worth reading because this book at least painstakingly sets up a way for women to also become officials in court.

梦幻之歌 | 弃夫自逍遥 / The Abandoned Husband is Free and Unfettered | The extremely kind, transmigrated MC becomes the white moonlight of a wolfdog prince ML who lost his memory. Some of the twists at the end were a bit hard to believe, and it was kind of sad that the MC was forced to become more cruel by the logic of the world, but other than that, an entertaining read.

Stay safe everyone. Have a great year ahead.